Posters on buses and various adverts around Manchester have been announcing “The Robots Are Coming.” Our attention was grabbed, we wanted to find out more so headed to the Museum of Science and Industry. 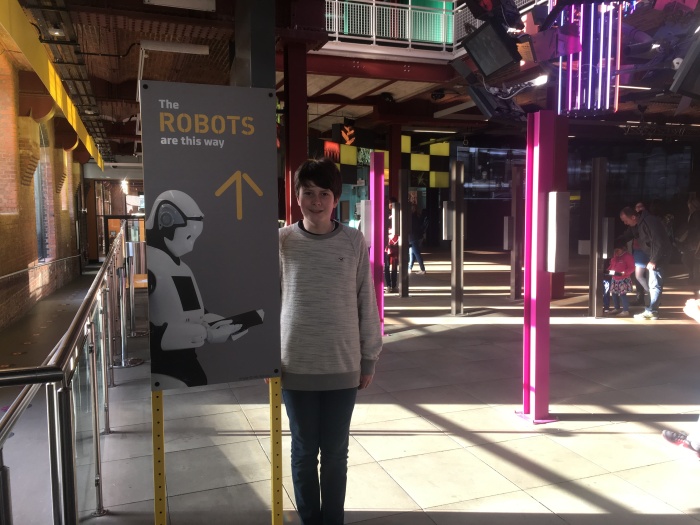 The Robots Exhibition was at the Science Museum in London, it has moved now to Manchester and will be here for a few months so a visit was a must for us. We went during Son’s two week half term at the end of October. Most schools have a one week break, we timed it during the second week and it was not busy at all.

Entrance to the Science and Industry Museum is free, however for some of these special exhibitions there is a charge, this was one of those times.

There are over 100 robots of all shapes and sizes in the exhibition. The creepy baby at the entrance was a taster…

The attention to detail is incredible here, we were mesmerized by this baby and how it sneezed, “breathed” and moved its limbs.

A section about the history of robots and how robotics have been used for over 500 years is quite interesting but a bit heavy and lots of information to read and take in. We did try, Son though was desperate to get through here and see the robots proper. 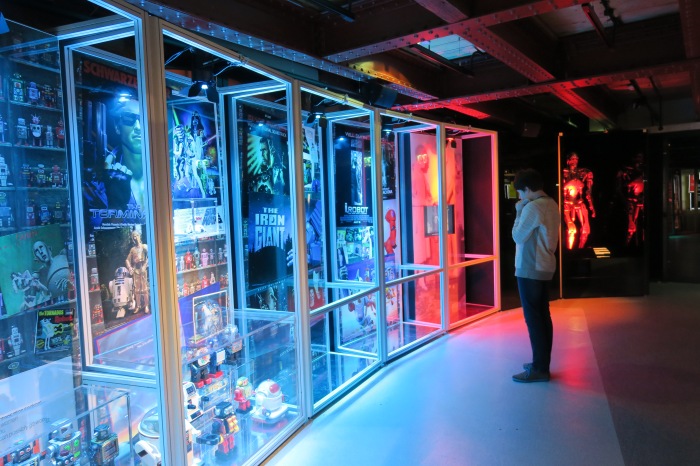 There are early prosthetic limbs on display and metal robots that reminded me a bit of the “for mash get smash” adverts from years ago.

The Terminator robot from the famous movies is on display and looks every bit as sinister as you would imagine, a robot nightmare.

The most interesting section for us was the latest developments in robots and robotic research. Our favourite was the Japanese girl robot. She is eerily life like, was designed for a Japanese museum and reads the news. Every twenty minutes she reads a story relating to robotics. We stared at her for ages watching as she blinked, moved her eyes and her limbs in an unnervingly realistic way.

They had lots of information on developments in robotic research and how robots are being built and “trained” to interact and even think like humans. Food for thought and for me just a bit unsettling. 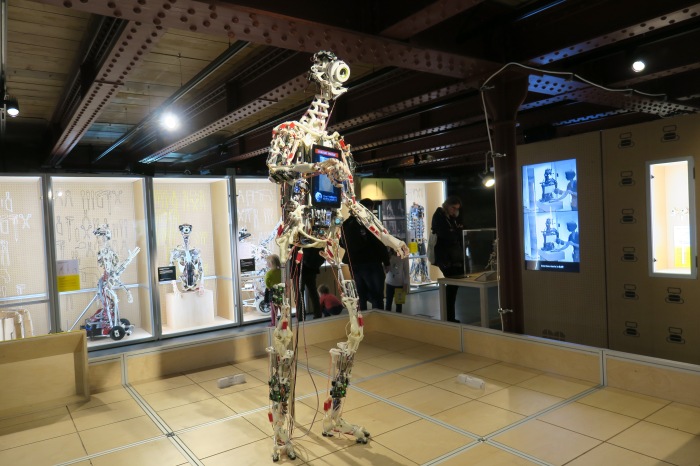 Son’s favourite robot was at the exit of the museum. A big fan of the TV show Humans, he pointed out the likeness to Mia, one of the “synths” in that show. 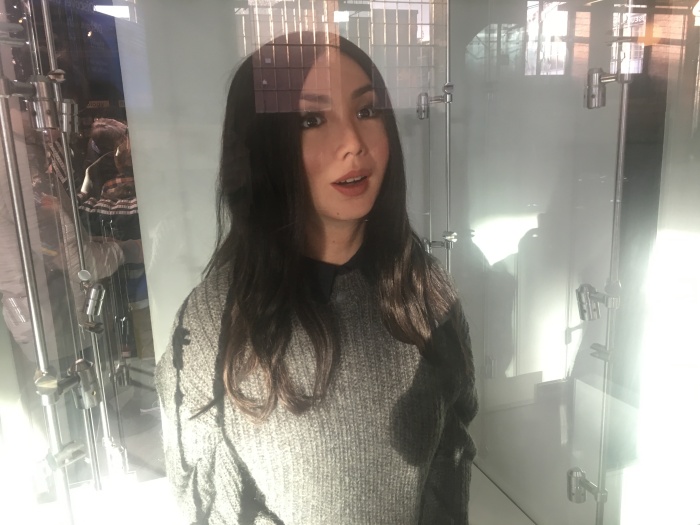 After all those robots we decided to stroll around the Castlefield area of the city.

The sun was shining, it was a glorious autumn day and fresh air was well received. 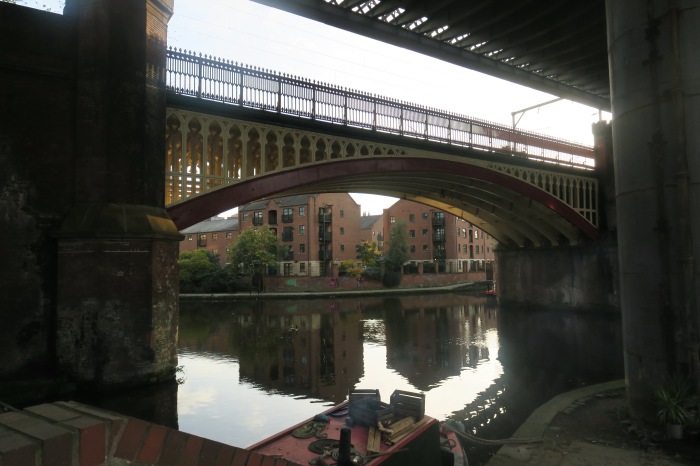 Canals feature strongly here, the cobbles and canal boats make for a tranquil and lovely walk. The perfect end to an interesting afternoon. 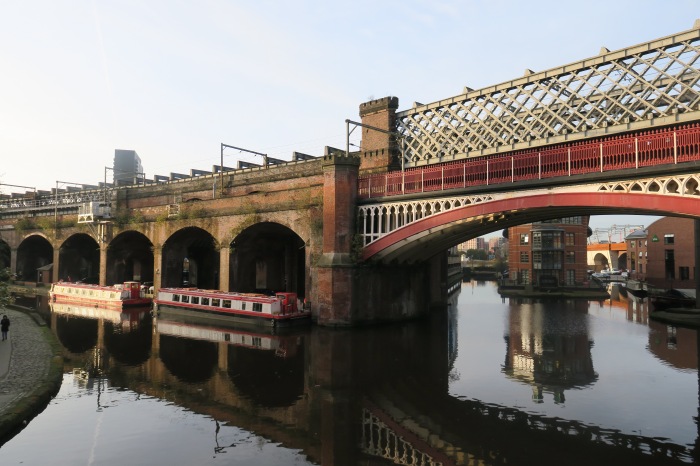 41 thoughts on “The Robots Are Coming”