Having explored all the nooks and crannies of Whitby we found ourselves back there the very next day. Just a brief stop as we were in town to catch the steam train. This heritage railway run by volunteers takes you through 24 miles of Yorkshire countryside to Pickering.

We easily located the quaint ticket office and joined a rather lengthy queue to buy our tickets. I thought I misheard how much the people in front were charged but no – £62 for the two of us was a bit of a shock to the system but we stumped up our cash and got the tickets.

Plenty of seats, plenty of carriages we were spoilt for choice when we boarded the train. An old diesel engine took us to Goathland and from then on it was a steam train. 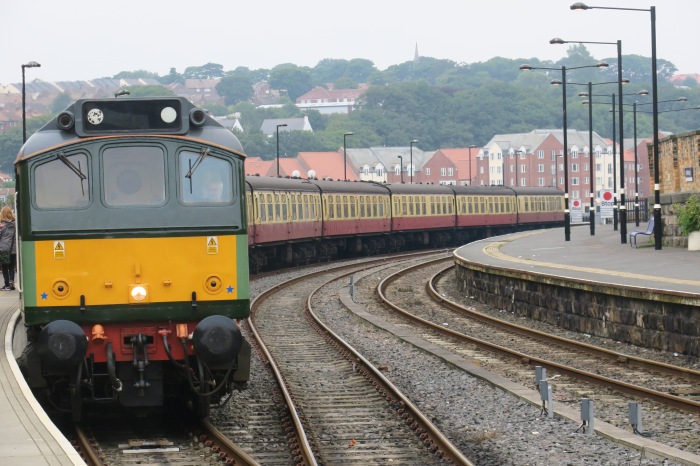 Our conductor was accompanied by two lovely polite young boys who were selling souvenir books. We didn’t really want one but couldn’t say no to these friendly and earnest young gents. They were spending a week volunteering on the railway, later we saw loads of other youngsters doing the same thing. They spend each day on a different activity – selling books, painting and maintaining the trains, working in the cafe etc..

Arriving in Goathland we instantly felt transported back in time thanks to its lovely old fashioned station and platform area. Apparently this place was Hogsmeade in the first Harry Potter movie. There is a little souvenir shop at the end of the platform capitalising on the connection. 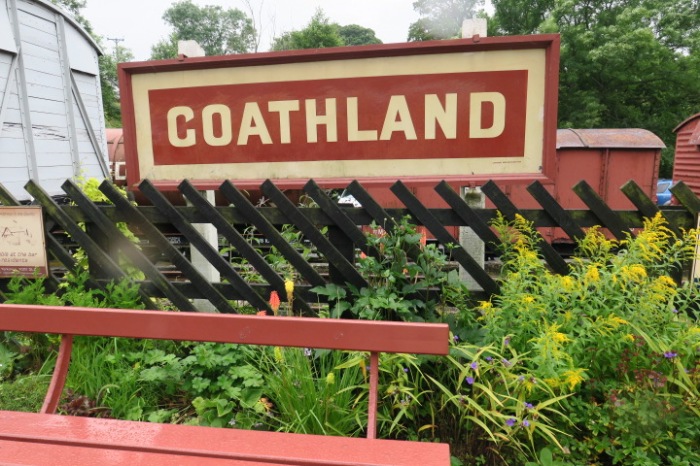 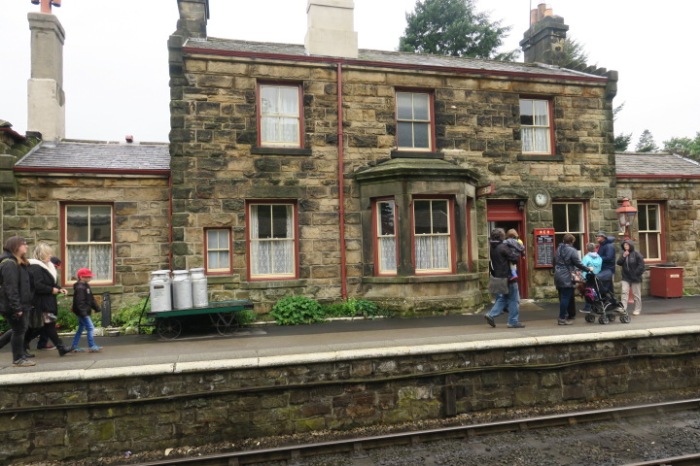 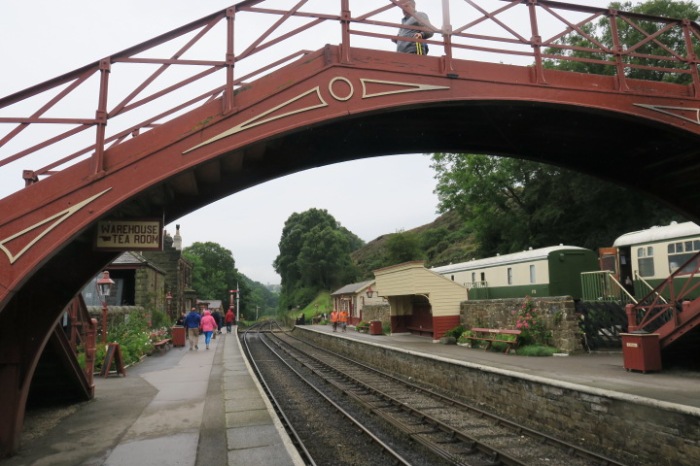 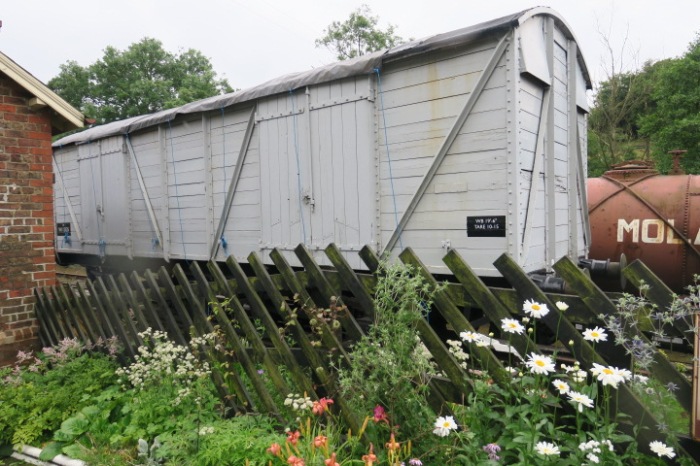 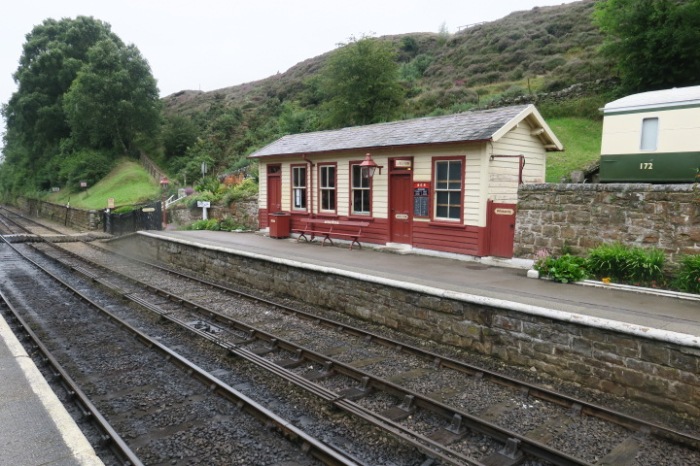 Unfortunately getting off the train coincided with the heavens opening and the rain pounding down. Rain featured a lot on this train journey. 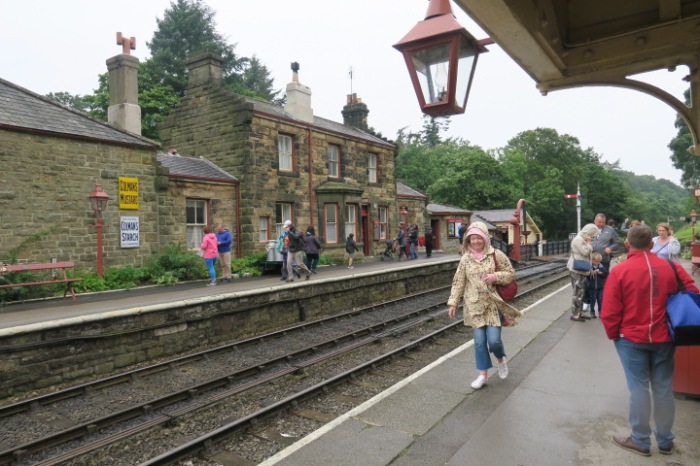 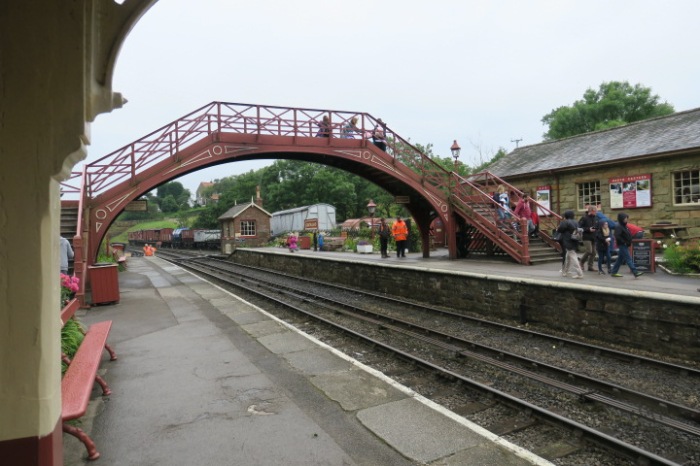 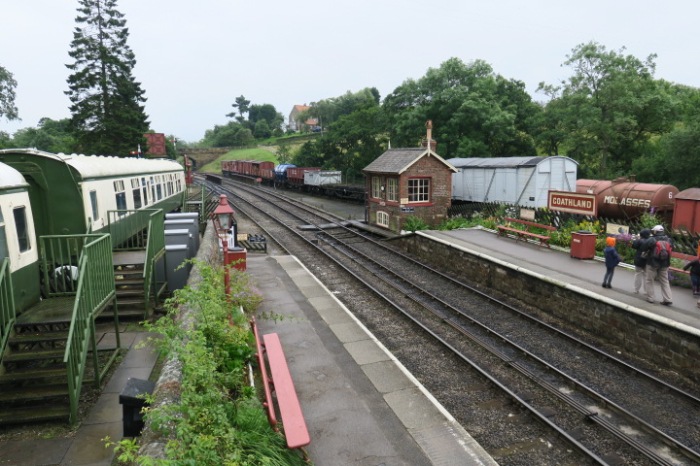 Undeterred we walked the short distance into the little village of Goathland. Nothing much to see really on a  wet and windy day – a bit of blue sky and sunshine would have made things a whole lot better. We abandoned our original plan to hike to a waterfall and just looked around the village.

This was the setting for a TV series from years ago – Heartbeat. They still make the most of this connection even though the programe is long gone. We found a garage stuffed with Heartbeat souvenirs, a couple of old cars in the village and two more touristy shops. 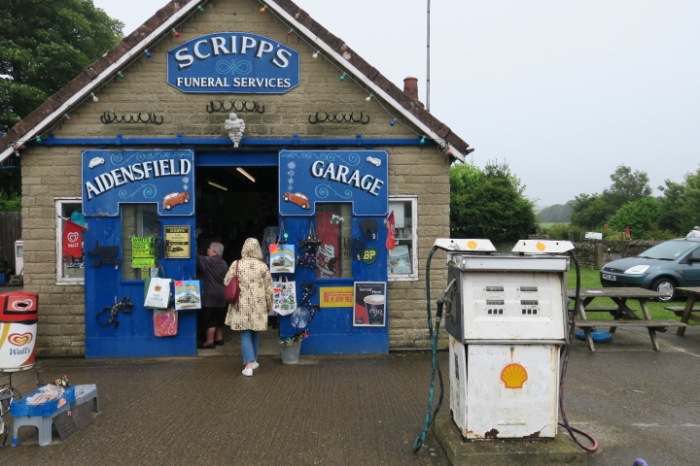 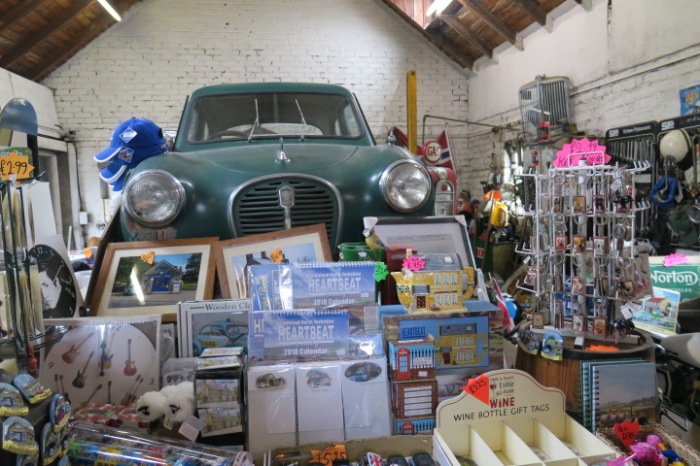 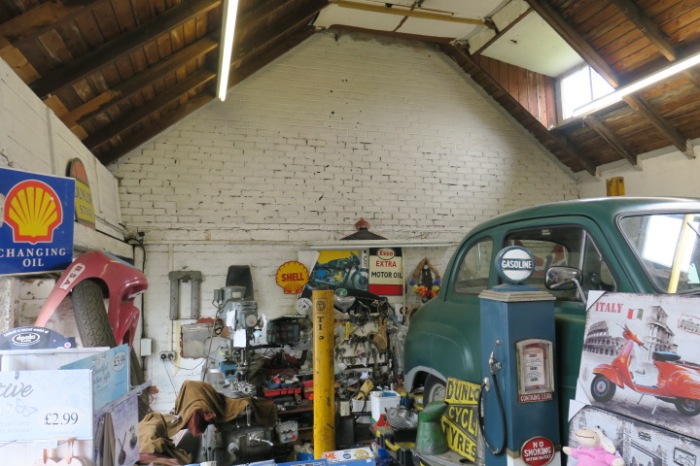 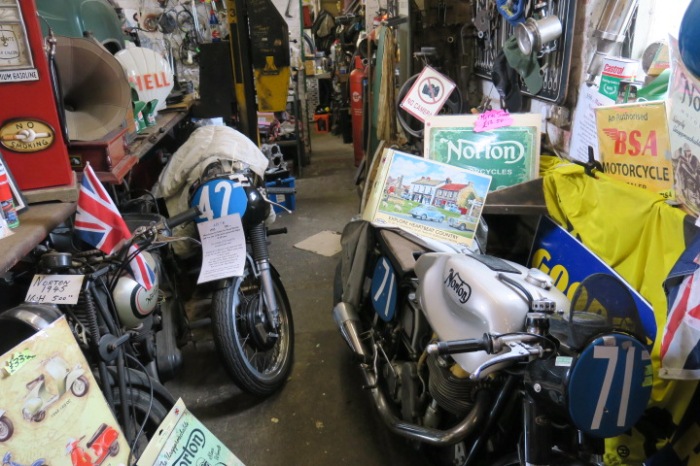 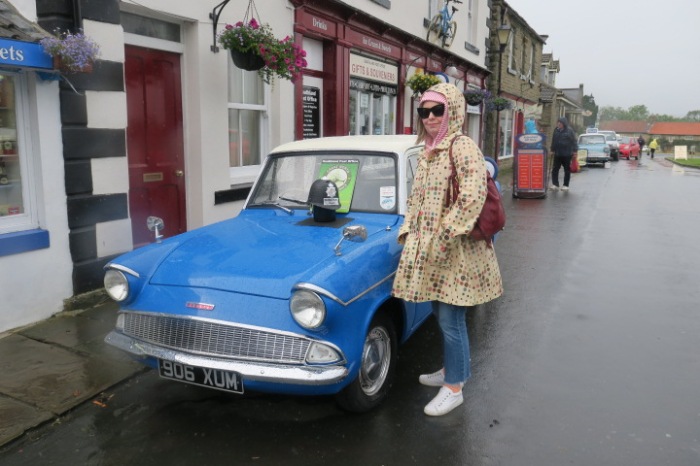 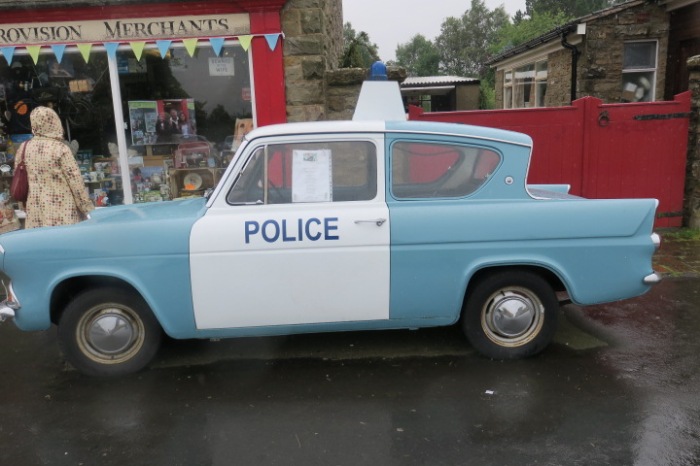 We dawdled as long as we could then made our way back to the station to catch the next train. 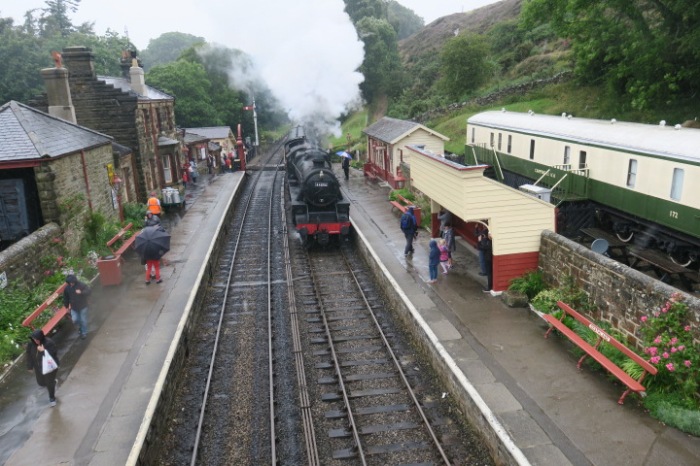 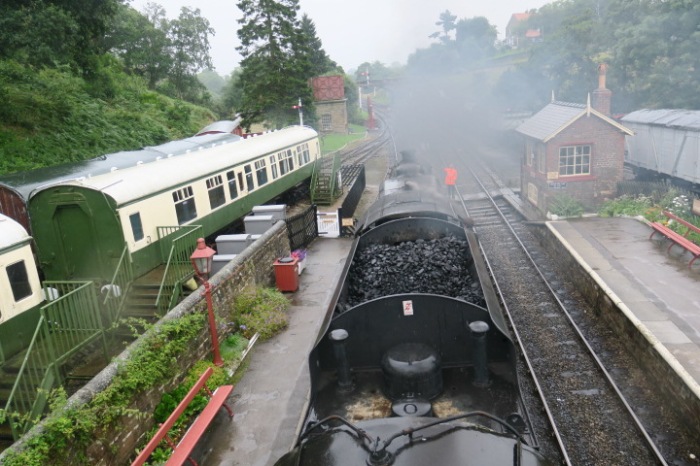 Soaked through and shivering we decided to ride all the way to Pickering. One hour later we arrived in the most beautiful station – 1930’s themed, so atmospheric and with a rather nice looking tea room. Our plan was to walk around the town and check out the castle. Peeking outside the rain had taken on monsoon like qualities, we quickly changed our minds. Another soaking was not at all appealing so we jumped back on the train and stayed there all the way to Whitby. 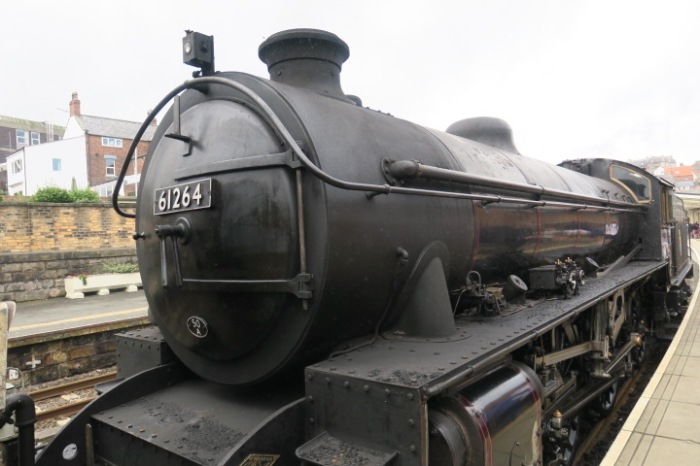 A two hour ride back, I have to confess to snoozing a little and we did joke that a 3 hour journey in a different direction might have taken us somewhere warm and sunny.

Amazingly the sun did poke out from behind those clouds when we stepped off in Whitby so I couldn’t resist another walk around the old town.

We stopped in Sandsend on the journey back to Staithes. Having passed through this tiny little place several times (always in the rain), we seized the chance to walk on the beach in blue skies and (a little bit of) sunshine. 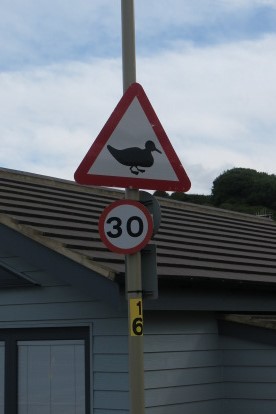 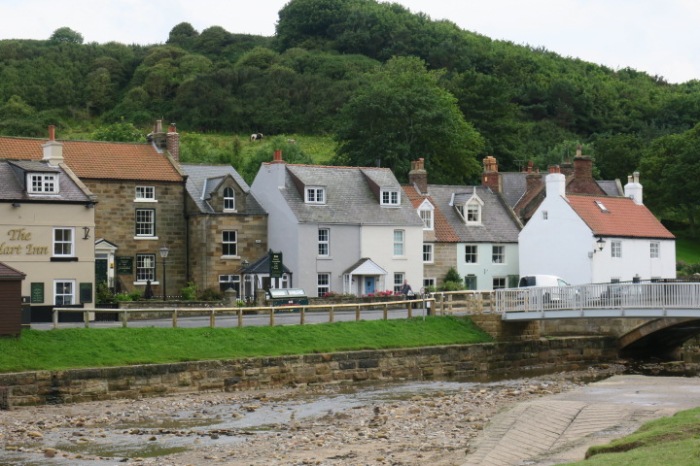 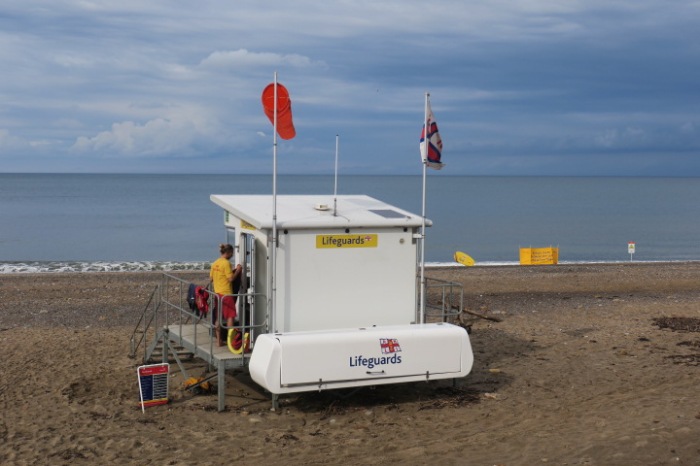 Quite the contrast to the hustle and bustle of Whitby, this place is sleepy and very laid back. We walked along the sandy beach, watched the waves and even managed to spy the distinctive outline of Whiby Abbey from the beach. A good end to a rather soggy day. 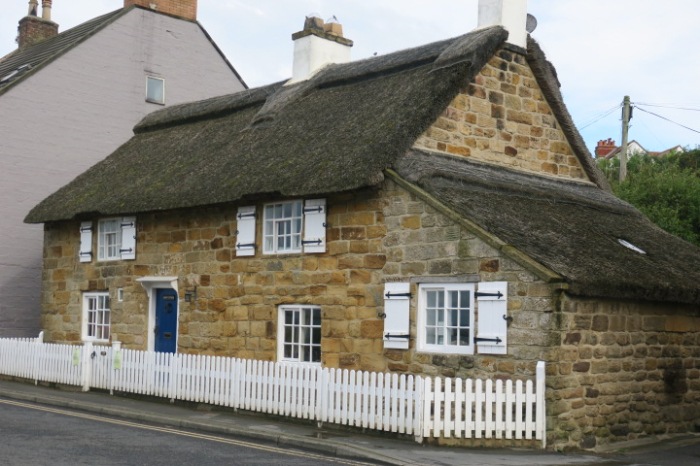 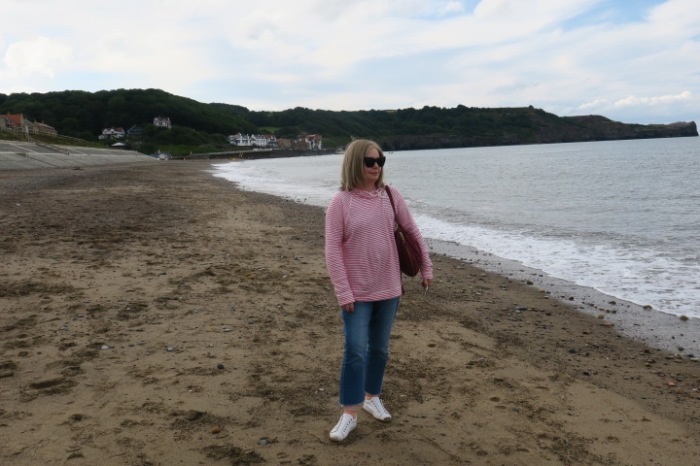 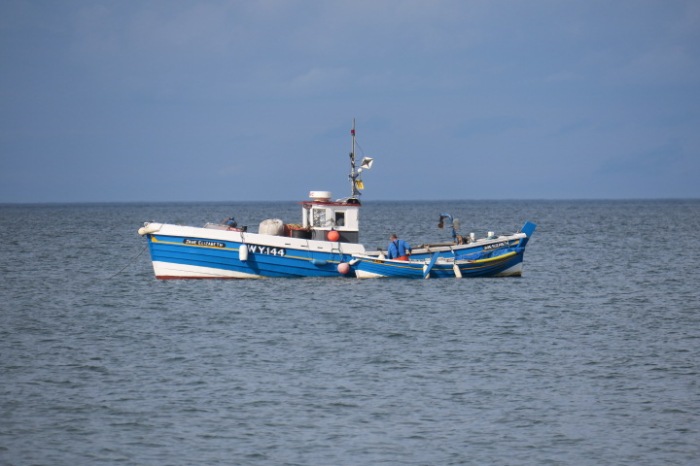 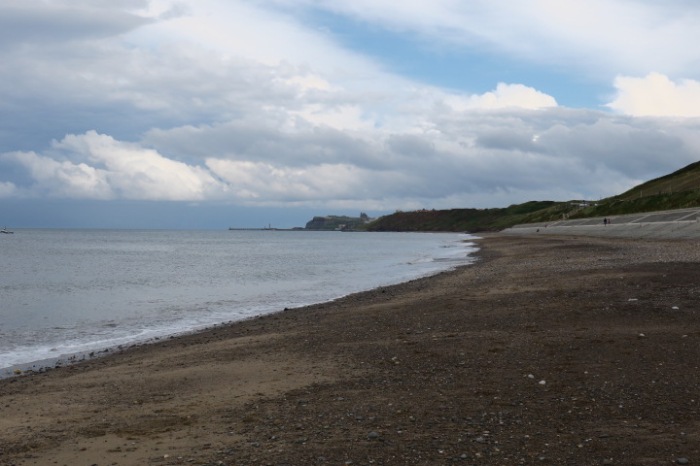 42 thoughts on “Riding the Steam Train to Pickering”