Our plan for the rest of the day in Whitby was just to wander and go where the fancy took us. 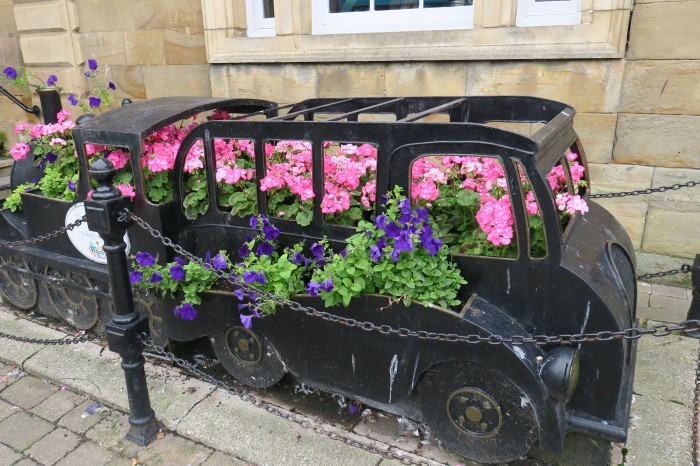 The old town area is possibly my favourite part. Clustered around the 199 steps are a maze of narrow cobbled streets, tiny alleyways and loads of shops selling black jet jewellery, a minor gemstone found locally and made famous by Queen Victoria. She wore it as part of her mourning dress.

Lots of interesting and independent shops, some art galleries and many eateries meant I could have stayed here all day. I loved the alleyways too – you never quite know what you’re going to find and where they lead. One or two took us to the beach. 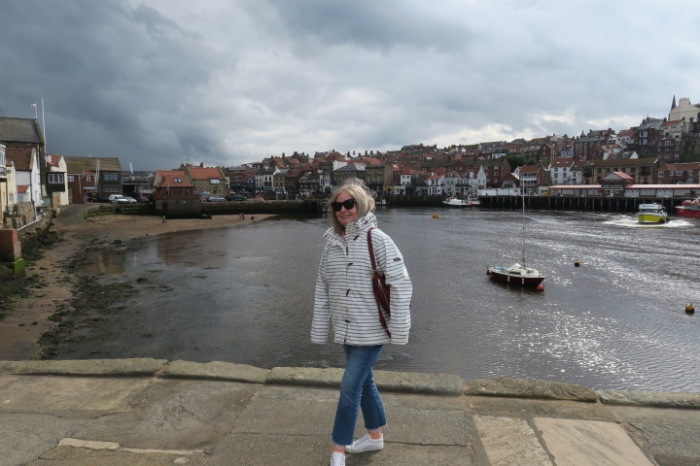 The working harbour is busy and bustling with so much to watch. I seemed to have developed some sort of a mild obsession with lobster pots, more than a few photos in my collection now.

Plenty of pleasure craft too although on a windy day the trips around the harbour and out to sea didn’t look like much fun to me. We watched a galleon replica of Captain Cook’s ship heading out with sea shanties playing. Maybe that was to help take the passengers’ minds off the rocking – it looked like a very rough 20 minute ride. 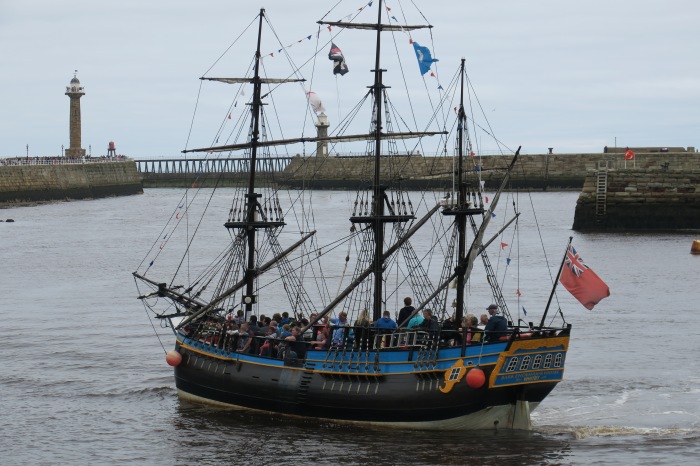 There is a little pier, we strolled along it but big gaps in the wood and the foaming sea below made my knees knock more than a bit. Normally I love nothing more than a walk along the pier, here not so much…. Some great views across to the Abbey but even that wasn’t enough to distract me.

Despite the less than ideal beach weather there were plenty of families enjoying the sand and sea. The ice cream seller on the beach was making the most of that Dracula connection too. 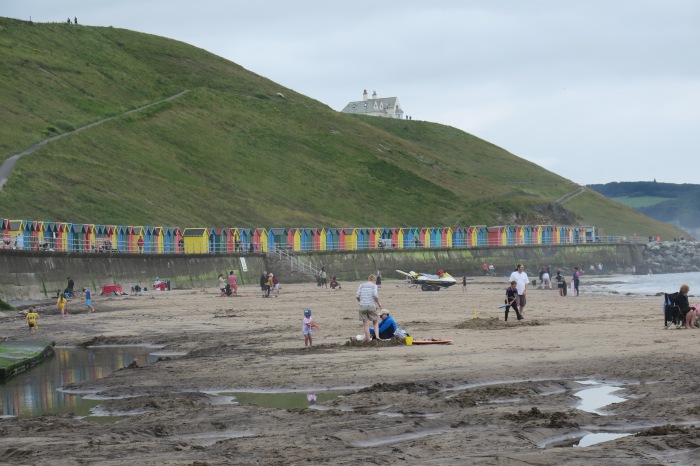 Colourful beach huts snake along the base of the West Cliff. We had a closer look and a hard, steep hike to the top of the cliff. Plenty of puffing and huffing from me especially when Husband announced at the top there was a cliff lift he’d noticed earlier… 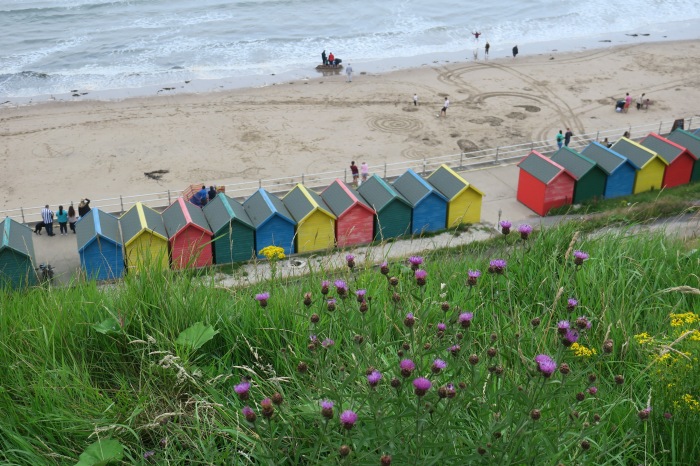 We found Captain Cook’s statue right at the top. He has a strong connection with Whitby having learned his craft here. Two of his ships were built in Whitby and unfortunately we ran out of time to visit the museum dedicated to the famed explorer.

The original Whale Bone arch nearby was erected in 1853, a replica was presented by Norway in 1963 and this one was given to Whitby by Alaska in 2003. Great views of the Abbey and those steps from here too. 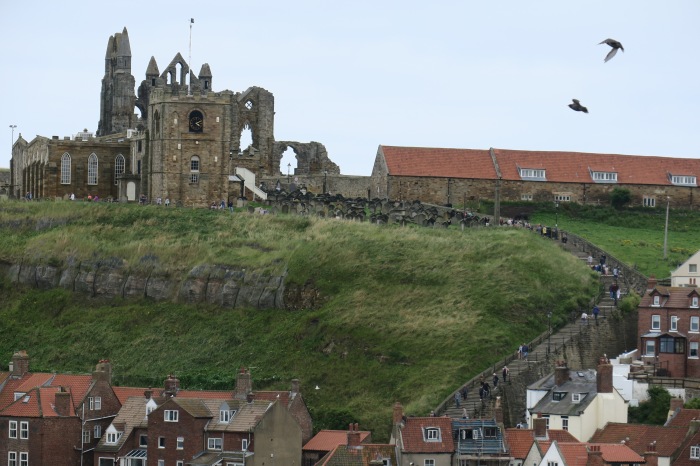 We walked past a whole series of amusement arcades (one of the benefits of Son not being with us was being able to walk past).

Back past the harbour where we saw a multitude of people crabbing, then back to the car with tired and aching limbs (my phone logged 25,000 steps and 70 storeys that day), a successful return visit to Whitby.