When our time at the Pena Palace was done, we were scooped up by our tour guide, brought back to the minivan and she drove us the short distance down the hill into Sintra. We were dropped off right in the centre of the little town and told we had one and a half hours to explore, have lunch and check out this erstwhile summer retreat of the Portuguese kings. 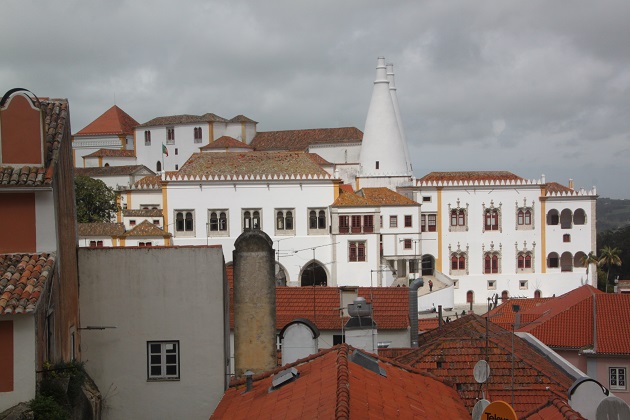 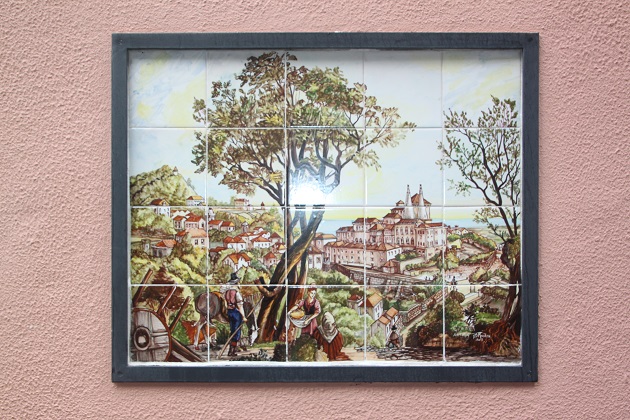 Son and I set to wandering. I feel we barely had enough time to scratch the surface of Sintra, really we would have needed to come here on our own, wander further afield and explore properly. As it was I had one eye on my watch, the other on the crowds of people filling up the little cobbled streets. Sintra was well and truly packed. 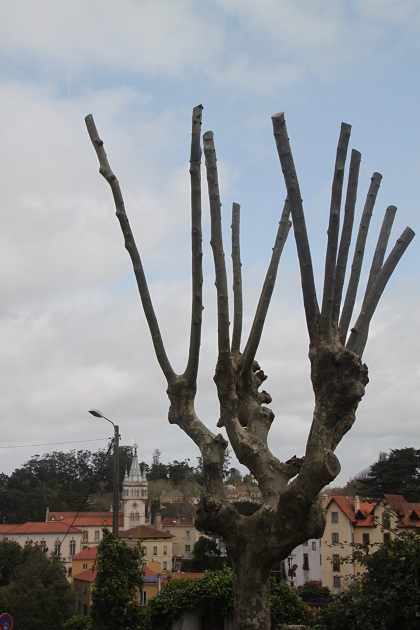 On the plus side the weather had definitely improved. The sun made its appearance and we stopped shivering. Son started lobbying for an ice-cream, to be fair the weather makes no impact on his desire for frozen treats. 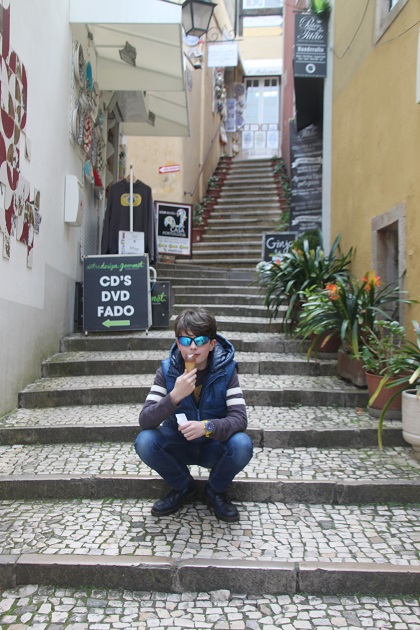 We just wandered, went where the fancy took us and tried to go in the opposite direction to everyone else.

We climbed hilly, winding, cobbled streets and found lovely houses and views over the town. The main drag through Sintra was full of tourists but the back streets and alleys were empty – we had them all to ourselves. 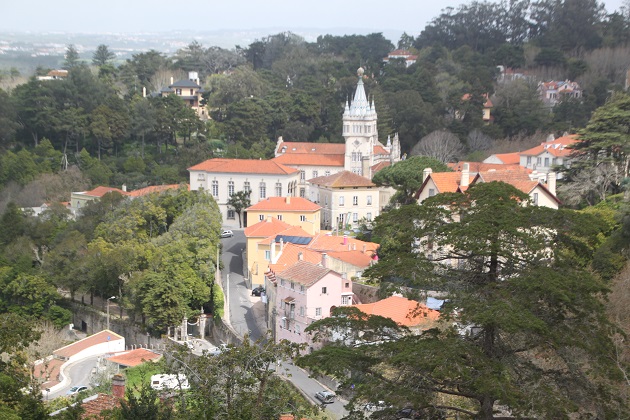 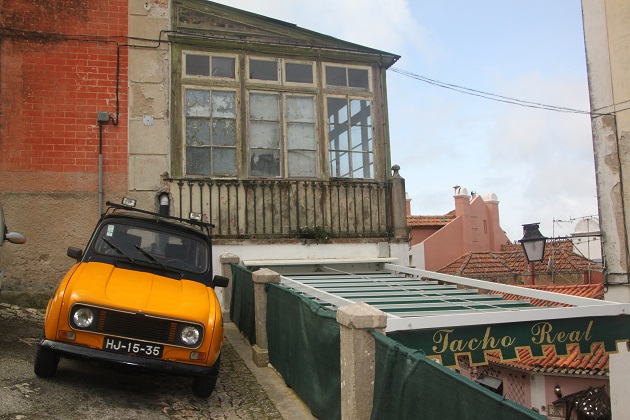 Some browsing in the shops was done too, however the wares were very touristy and neither of us was tempted. 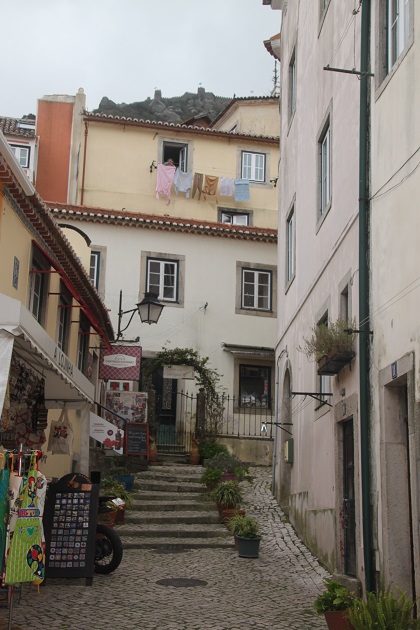 I gave Son the honours of choosing our lunch spot. He opted for a place called Cafe de Paris on the main square. It was quite nice but empty inside – the prices probably had more than a bit to do with that. Son had a toastie, I enjoyed a bowl of soup at vastly inflated touristy prices. Still, we were refuelled and ready to go again, leaving Sintra and heading for the coast. 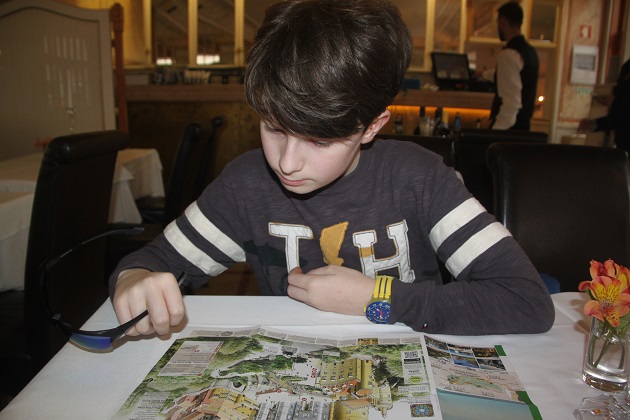 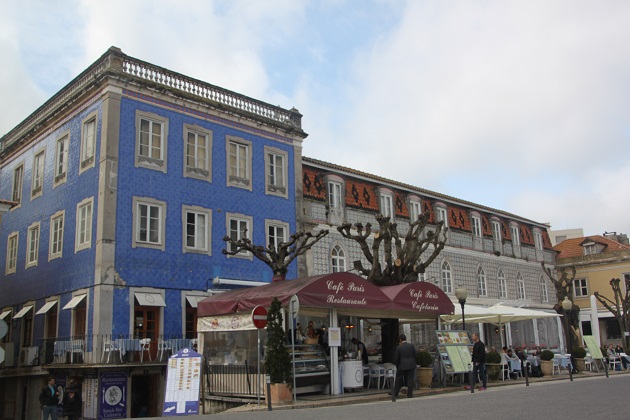 20 thoughts on “Lunch in Sintra”