We took a trip to Warwickshire to catch up with family and managed to squeeze in a visit to lovely Charlecote Park. This National Trust property is just a few miles from Warwick and Stratford Upon Avon, slap bang in the middle of beautiful countryside.

A packed car park on arrival made my heart sink a teeny bit, but once through the National Trust ticket office and into the grounds of the estate there was more than enough space for everyone. It didn’t feel one bit crowded.

The walk to the house is magnificent. A long, straight path leads under a gorgeous brick gatehouse, apparently built to honour the visit of Queen Elizabeth I.  We spied a sign at the gatehouse for guided tours on the half hour. We’d arrived just in time, saw a few people waiting so joined them. Unfortunately no-one turned up, after about twenty minutes and almost frozen solid we decided to give up and explore by ourselves.

The house is beautiful, the home of the Lucy family who have lived here for 900 years. They passed the property over to the National Trust in the 1940’s on condition they could live in a wing of the property. They still do and it is very much a family home. 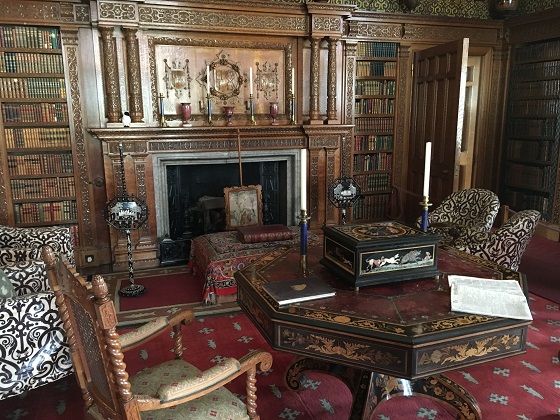 The entrance hall is stunning, the billiards room is really impressive and the library (always a favourite of ours in these houses) had the most incredible view out into the garden and down to the river. 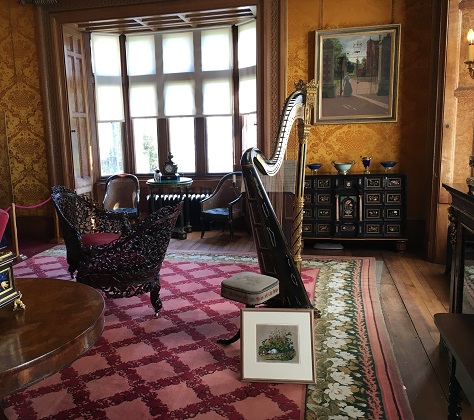 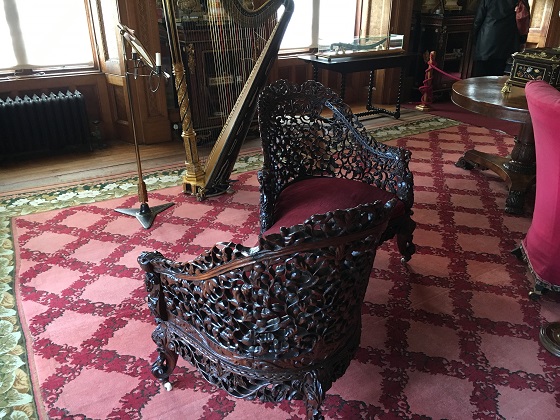 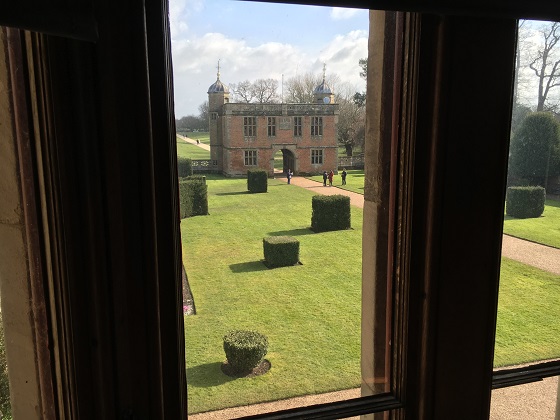 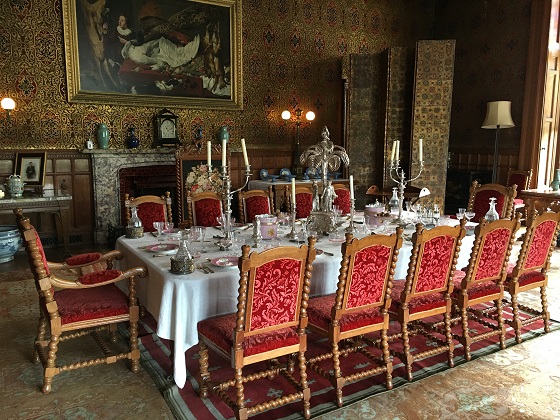 A real highlight for us was the outbuildings. We saw the laundry, old brewery building and stables where I read a moving tale of how Mary Elizabeth Lucy and her husband set off on a European trip in one carriage with six children, including a young baby. The baby died as they were crossing the Alps but before they returned another baby had been born in that very same carriage.

Son had a whale of a time in the kitchens. There was a big fire in the hearth – very welcome on a freezing day – and lots of activities for children going on. He made his own toast on the fire and chatted to the “kitchen maid” about the weights and measures they used. 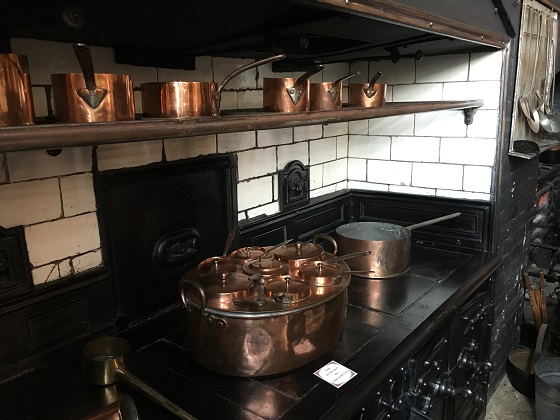 Time for lunch and we headed to the cafe but found it impossibly busy with a large queue of people ready to pounce on tables as they became available.  Unable to handle the stress, we walked back down the drive to the Pheasant Hotel and pub just across the road. It was virtually empty, we had delicious soup and sandwiches and thawed out for a little while.

We returned to explore the lovely grounds – the garden behind the house is beautiful with great views of the river. 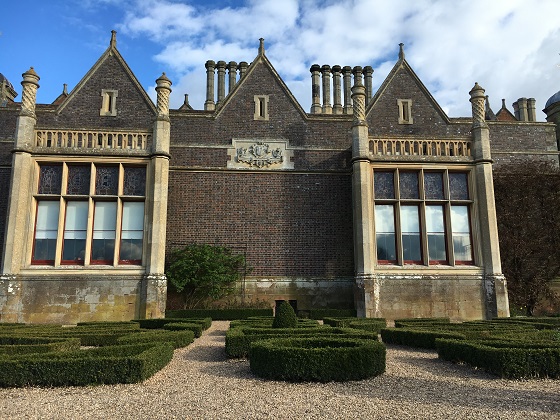 Further along is a deer park designed by Capability Brown with a herd of deer still roaming freely.

Tradition says William Shakespeare was once caught poaching deer here when he was a boy. It might be true, the estate lies not far from where he grew up in Stratford. Apparently he was forced to flee the area to avoid prosecution by Sir Thomas Lucy. He escaped to London and the rest is history. They say Shakespeare got his own back by casting Sir Thomas as Justice Shallow in the Merry Wives of Windsor. There is a bust of Shakespeare in the house and we saw his Second Folio on display – they are proud of the connection nowadays. 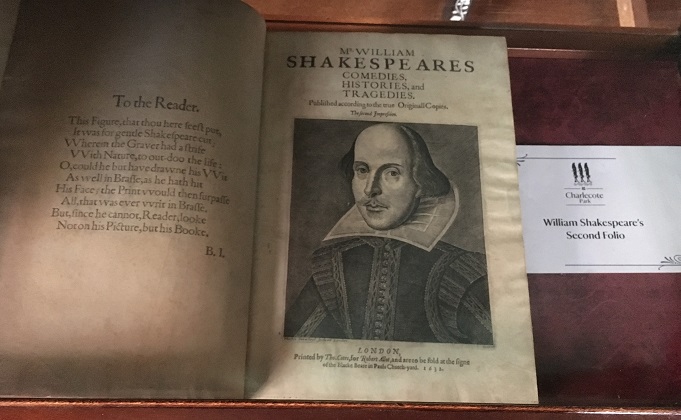 We left the grounds just before closing time. The house is a delight to visit, the location is stunning and we had the most wonderful afternoon.

42 thoughts on “Charlecote And A Shakespeare Connection”