With the second largest Chinatown in the UK, Chinese New Year in Manchester is quite a big deal.  There is always loads going on and this year of the rooster was no exception. Keen not to miss out we headed into the city to check out the celebrations.

Past expeditions on Chinese New Year have been fun but very crowded, this time we were pleasantly surprised. It was busy but way more bearable than normal. This might have had more than a bit to do with the weather – pouring rain all day long. 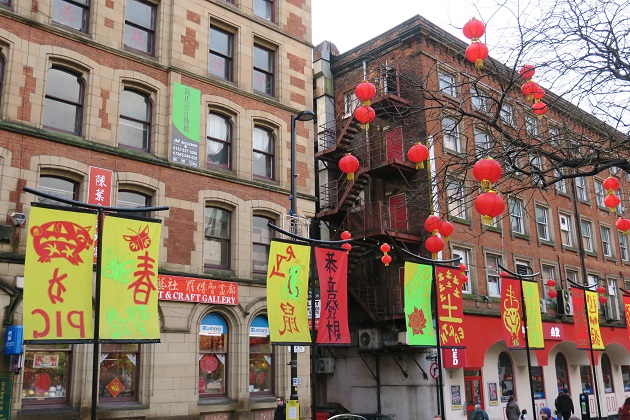 Umbrellas at the ready and togged up in warm clothing we set off undeterred by all that wet stuff. On our walk to Chinatown we stumbled upon the Travelling Light Circus – a roving group of dancers, a couple of drummers, a stilt walker and a gigantic rooster that you just couldn’t miss.

They were all dressed up and making a lot of noise. We watched them dance and saw the rooster strut up and down one of the shopping streets. 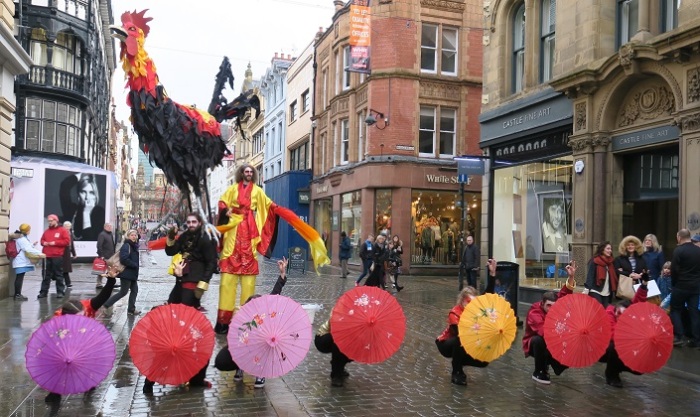 A Chinese street food market was going on in another of the main squares. Several stalls including the Yang Sing, perhaps the most famous of the city’s Chinese restaurants had a delicious array of food on offer. 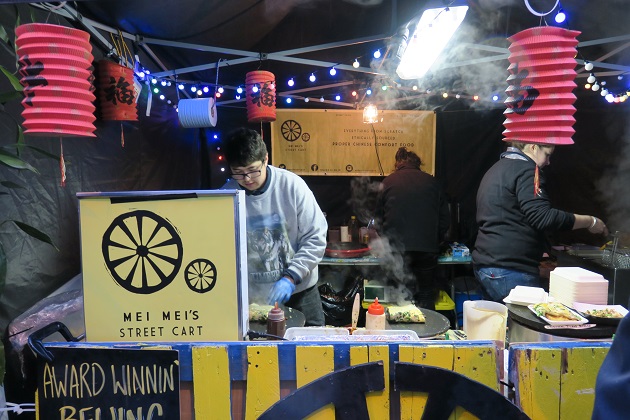 We did not succumb to temptation having already eaten lunch – not so easy. We did linger a while though to listen to a Chinese musician playing an interesting looking instrument on a little stage.

We found the lion dance going on in another part of the city. 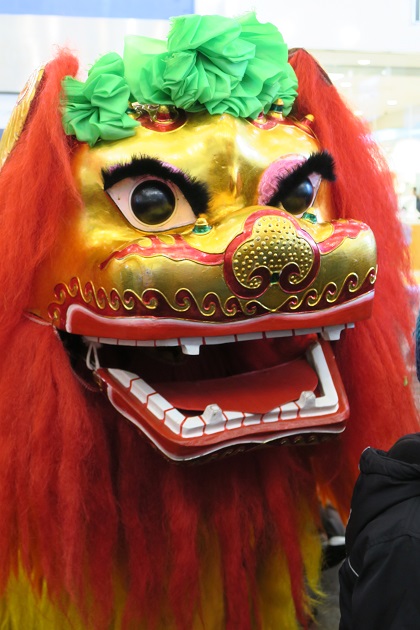 Chinatown was decorated with red lanterns and looked very festive. 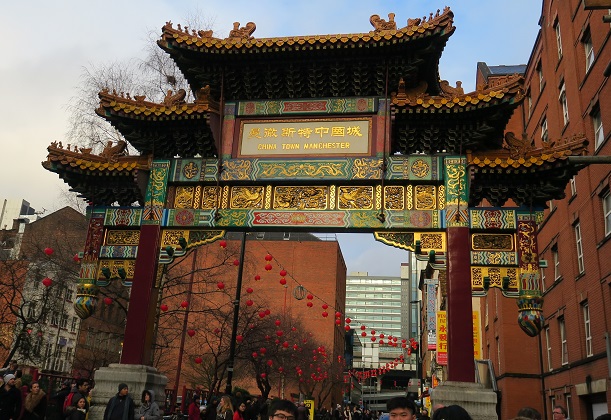 One of Son’s favourite things to do here is browse in the supermarkets. Not a shopper normally he loves these places packed with obscure items you don’t find in our usual shops – pigs trotters were a hit this time. We didn’t hang around too long, the supermarkets were incredibly busy and I had forgotten just how narrow the aisles were. We had to queue to get out. 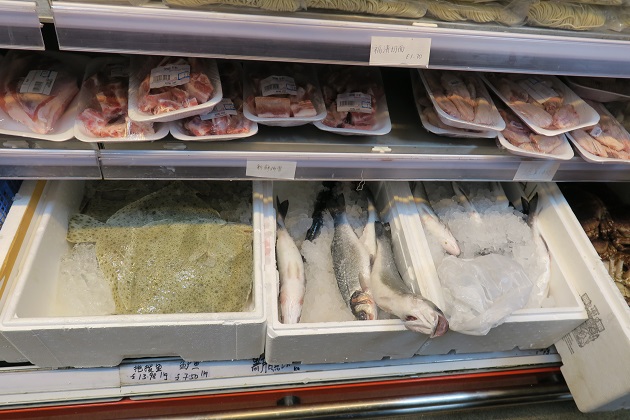 By the time we made our way back to the city centre it was getting dark and we were properly able to appreciate those lovely lanterns – thousands of them along the streets plus some of the buildings and shops were lit with red lighting.

Just before the rain finally drove us away we went to see the Lanterns of the Terracotta Warriors. This was originally commissioned for the Beijing Olympics and has since appeared in various cities around the world. 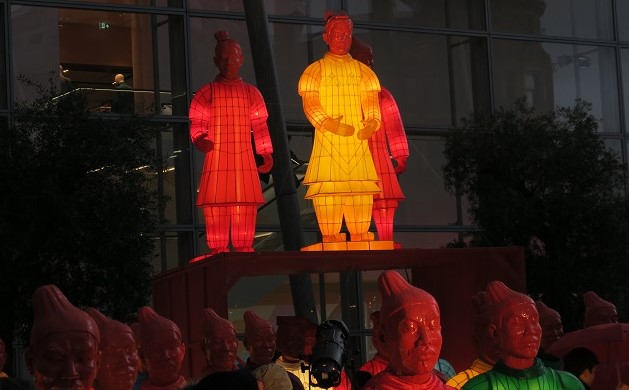 These lantern replicas are modeled on the original clay statues, just nowhere as many as the 8,000 guarding the tomb of the first emperor of China. 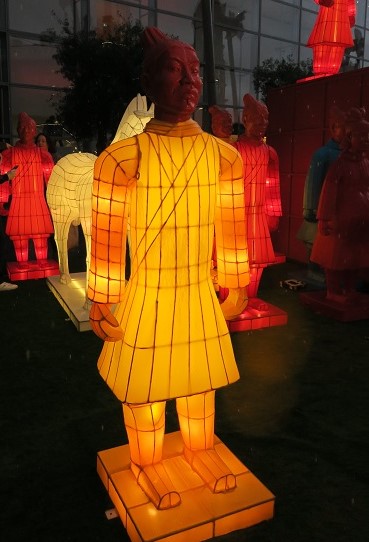 Son was impressed with them – we all were – and being able to get up close to the warriors and wander amongst them. The models were lit from sunset and looked pretty spectacular in the dark. a great way to end our day.