A theatre trip has become one of our Christmas holiday traditions, this year was no different. Chitty Chitty Bang Bang at the Lowry Theatre in Salford was all singing, all dancing and a great festive treat. 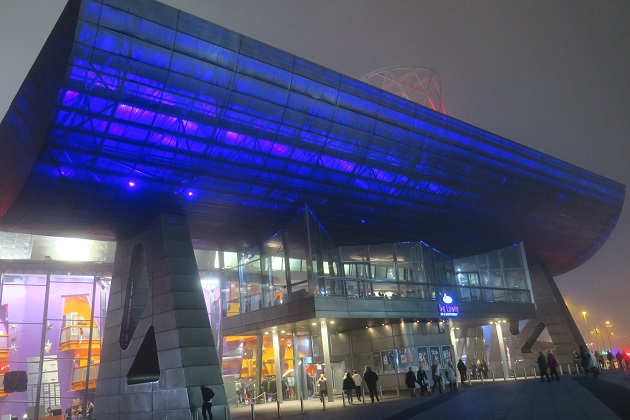 We brought Son to see Chitty several years ago, he has no recollection of that so this visit was highly anticipated and we got into the mood by watching the movie (several times for him). On the way to the theatre we caught the end of a lovely little market. Unfortunately the stall holders were mainly packing away, we regretted not coming earlier if only to have a drink in this great red double decker.

The Lowry is one of our favourite theatres, modern with super comfy seats which have oodles of legroom, we’ve never had a bad view or seat, this time was the same. We loved the show. Caractacus Potts was as eccentric as ever, the Childcatcher was creepy and very original, the music and choreography were wonderful and the stage design was very clever. All round great fun with the star of the show being that car – the “flying” at the end of the first half was so impressive.

Chitty tunes still playing in our heads, we took a stroll afterwards through the MediaCity area to check out Light Waves. There were nine “artworks” illuminating this whole area, just the thing to brighten up a dark winter night.

Son’s favourites were the Daleks and Spacemen by the waterside – a little bit of Blackpool as these were some of their famous Illuminations borrowed for a short while. 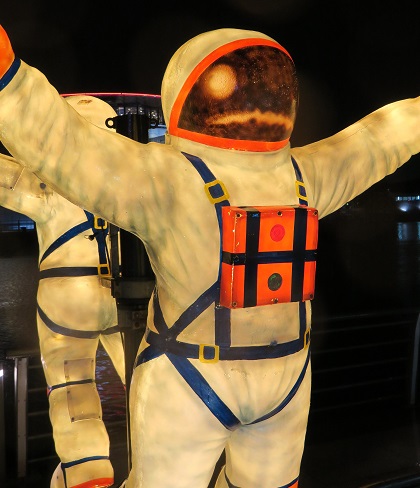 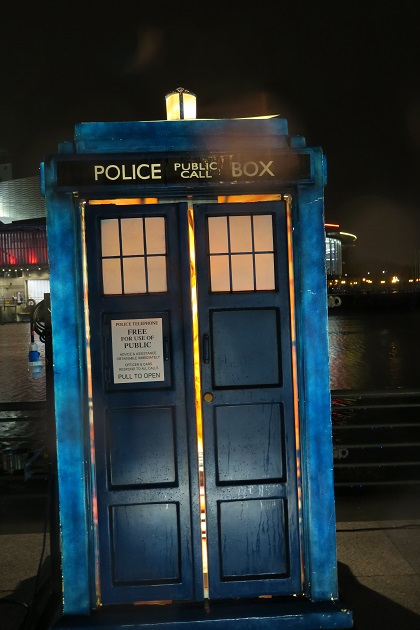 Spongebob and Noddy looked impressive too and those LED trees were spectacular.

We found this piece which apparently was part of Amsterdam’s Lightworks last year.

One last light filled treat was these little origami boats – 198 in total – floating on the water and changing colour as we passed. 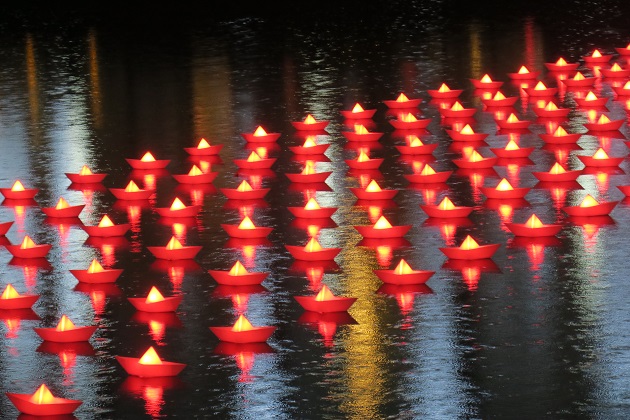 37 thoughts on “Lights By The Lowry”