Our last day in Epcot and we had three countries left to explore – first up was Germany. A bit like a fairytale world, it is designed to look like a German town but with architecture from different eras and regions. Son was on a mission though, Karamel-Kueche was calling out to him so that was our first stop. A bakery with all manner of good things even if you aren’t hungry or tempted, it is worth going inside just for the delicious smell. 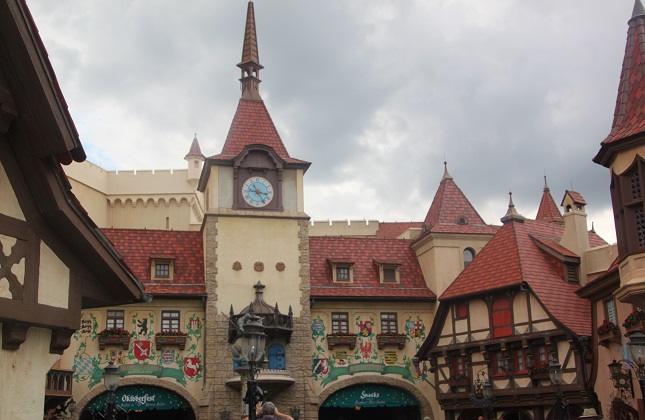 Right next to the bakery is the Christmas shop but it was so packed we didn’t linger and spent our time instead browsing in the Stein shop. We also adored the cuckoo clocks and of course, Son made a beeline for the toy shop. 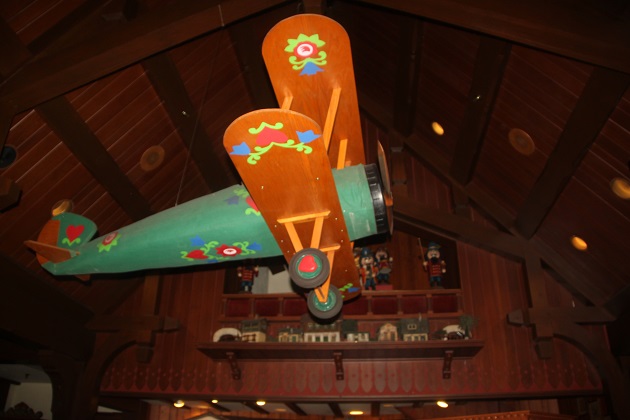 We made it outside just as the clock tower struck the hour and saw the two Hummel figures come out – a bit like the Glockenspiel in Munich. We checked out St George on top of the fountain slaying a dragon too.

As we left Germany and made our way to Italy we had a look at the cute miniature trains winding their way through the hillside.

Italy seemed to be very much modeled on St Mark’s Square in Venice, Son was excited to spy gondolas on the water too. 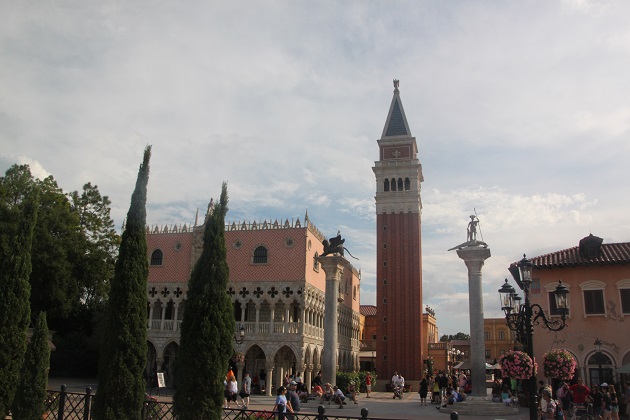 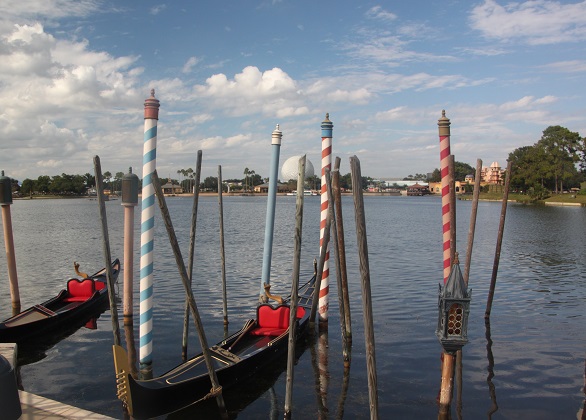 The piazza had lots of statues and the lion of St Mark.

We watched Sergio, a great mime artist and juggler and yet again Son was picked to join in a little which made his day. 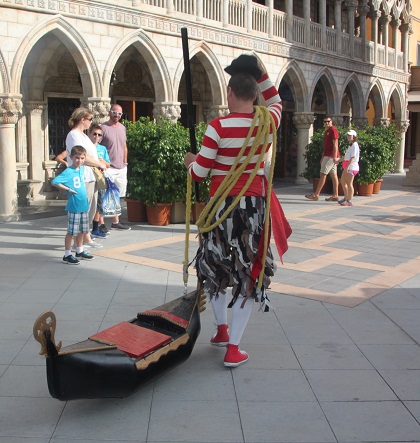 To finish up we saw a display of Italian flag throwing – it was actually far more impressive than it sounds.

Our day ended listening to a jazz band playing American classics in the American pavilion and then came the American Adventure. This is housed in an incredible Colonial style building with artwork on the walls and moving quotes. We walked through the Hall of Flags and then into the theatre to see this show. Very patriotic, they use animatronic figures and a huge screen to give a summary of American history in about 25 minutes. A mixture of motion pictures and action on stage, we thought it was great and very clever.

We lingered for a short while outside listening to a concert then a quick caipirinha at a Mexican food truck before it was time to leave. Another perfect day in World Showcase.

48 thoughts on “Germany, Italy and America On Our Last Day in Epcot”