EPCOT or the Experimental Prototype Community of Tomorrow to give it the full title opened in 1982 and I remember being blown away by this park the first time I visited. Let’s just say although I did enjoy our time here (helped greatly by the Food and Drink Festival which was in full swing), I was not blown away this time. Memory can be a funny thing….. Son however had an absolute blast in this park and some of his favourite rides and experiences were here.

It is massive and at 260 acres is almost twice the size of the Magic Kingdom. We decided to pace ourselves accordingly and break our explorations into manageable chunks over several days. There is quite diverse entertainment and things to do here plus a glistening lagoon and some beautiful gardens so a lot to fit in. On our previous visit we spent most of the time dashing from one thing to another in a state of constant exhaustion and failed to take all this in. That was remedied on this trip. 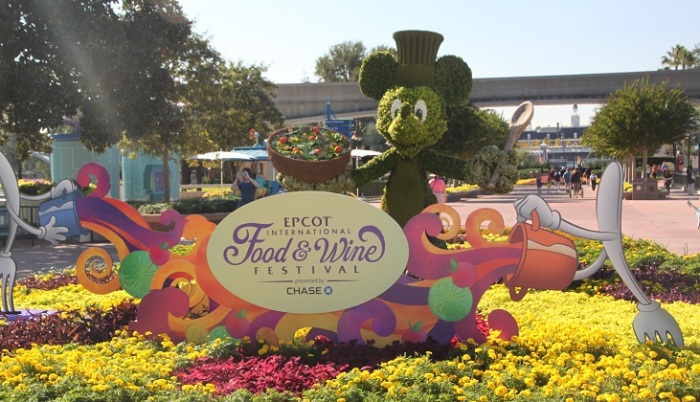 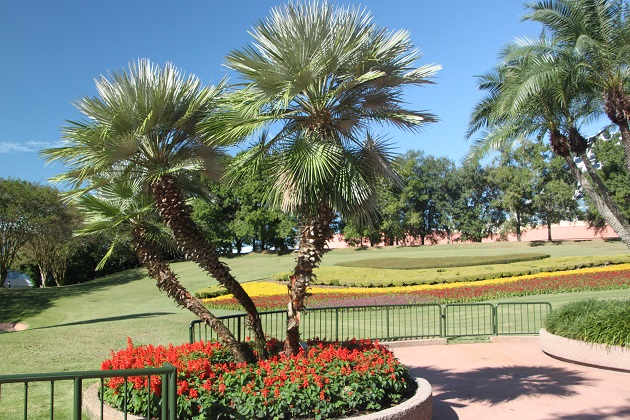 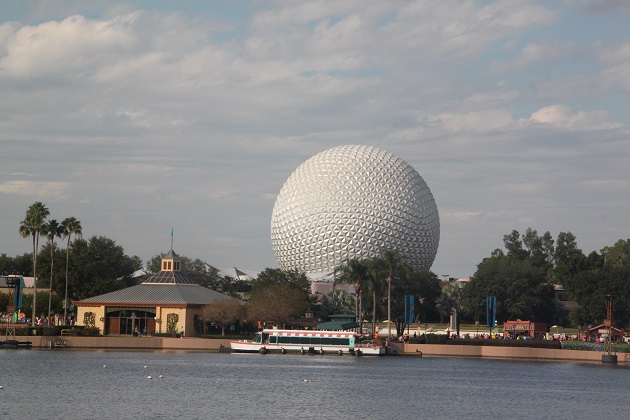 Our first day at EPCOT we arrived late afternoon after a morning of pool side relaxation, opting for a couple of hours wandering before dinner. Our first port of call was Spaceship Earth, EPCOT’s icon – you can’t miss the giant golf ball wherever you go here. There never seemed to be a long line for this ride, we did it several times for that reason plus it takes 15 minutes and provides much needed respite from the hot Florida sun. 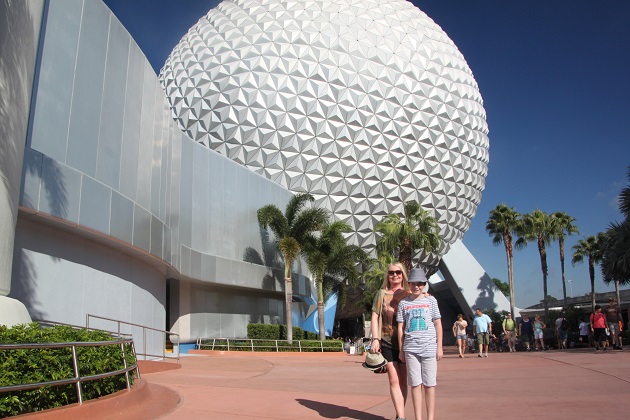 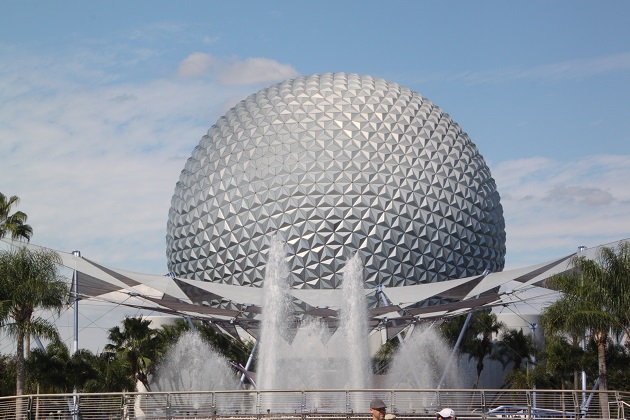 We boarded our “time machine” vehicles and took a slow moving ride through the story of communications from cave paintings to the present day. I remembered this from last time but it seems to have been updated with new animatronic figures in some scenes. We saw Egyptians and papyrus, the printing press and my favourite part – the Renaissance. Dame Judi Dench narrates the whole thing right to the top of the 18 storey structure. At the top, after a view of “Planet Earth” you swing around and travel backwards to the bottom. Son enjoyed this and loved the personalised cartoons we watched en route. At the beginning of the ride they took photos and then used them in an interactive cartoon to show what the future could hold. Very clever and highly entertaining.

We spent an eternity in the hands-on area after the ride. Son was in heaven, with many hours of computer game practice he proved to be a wiz at most things here. Husband and I were different varieties of useless and were thoroughly trounced. Amongst other things we played a driving game, delivered electricity to a town and played at being remote surgeons conducting an operation.

A decision to join a long line to meet a host of Disney characters at the EPCOT character spot was not a great one. We figured we could set some good pictures with a host of different characters, we did but the wait was very long, very boring and definitely not worth it for us. The whole place was brightly coloured – a bit like being in a cartoon – and eventually we shook hands with Mickey, had some zany pictures with Goofy and several others but Son figured we could have spent our time much better doing just about anything else.

Deciding to call it a day after that, we briefly stopped in Club Cool for refreshments. Sponsored by Coca Cola it is a shop selling their merchandise but you can sample (for free) different Coca Cola beverages from around the world. We started with Beverly – apparently an aperitif in Italy and thoroughly disgusting, so bitter and completely unexpected. We sipped Greek Fanta Pineapple, Thai Melon Frosty Fanta, Japanese Vegitabeta and my favourite South African Bibo Melone before the long trek back to our car. 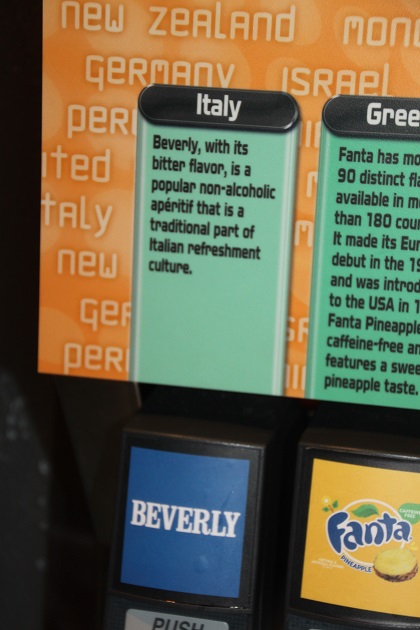