Disney’s take on adventure is all jungles, pirates, treehouses and magic carpets. Definitely a bit of a retro take on it all but I just loved the lush vegetation and that Tiki theme. You are supposed to feel transported to the remote jungles of Africa, Asia and the South Pacific. It did not feel remote though or far from civilization to us – actually the opposite. The walkways here are narrow and really congested, it is so easy to overlook the authentic landscaping as you have to keep avoiding people. A shame really as the palm trees and bougainvillea are so lovely.

We started here with The Enchanted Tiki Room. This is one of those original Disney attractions, maybe to some outdated but they are my favourites. A little show in a quaint setting involving a company of animatronic birds, orchids and totem poles, they have been performing and singing Sherman Brothers music since 1963. Apparently this was handpicked by Walt himself, I found it captivating and the perfect way to escape the heat and cool down – a tropical storm is even thrown in for good measure. 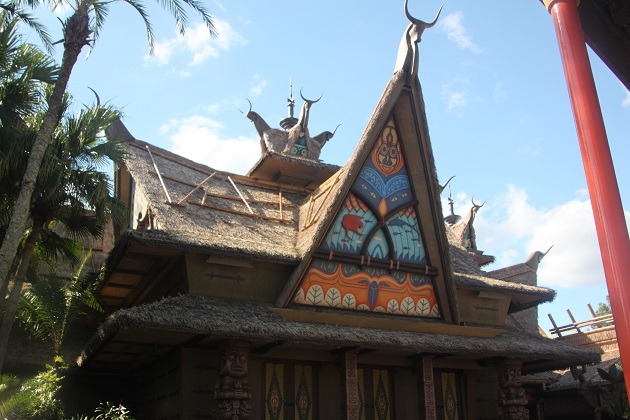 Son’s favourite attraction here was Jungle Cruise. A bit of a corny tour on a boat through the “rivers of the world” with a guide telling cheesy jokes – every guide tells the same jokes. We know. We rode this three times and Son still found it hilarious – I beg to differ on that one. 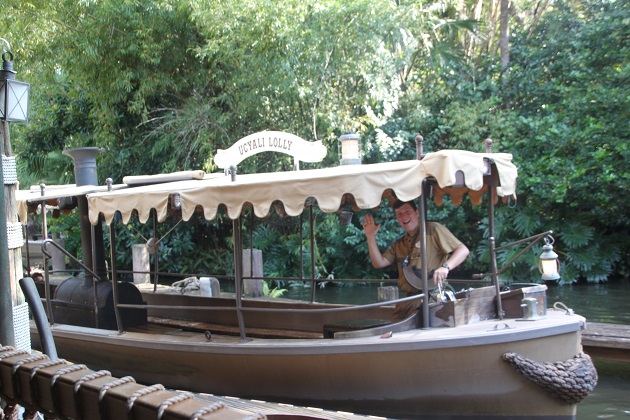 After being “spat on” by the camels near Aladdin’s Carpet, we climbed onto the carpets and got some great views from up top – when Son wasn’t making our carpet ascend and descend at rapid rates that is.

Pirates of the Caribbean is one of the most popular rides in this area. It starts off really well, the line takes you into a cool, dark, underground cavern which twists and turns down to the boat ride. Lots of pirates everywhere, the pirate ship is amazing and the attention to detail is superb but we thought the animatronics were maybe just a teeny bit dated.

Last for us was the Swiss Family Robinson treehouse. A climb up 116 steps, we explored the family’s living quarters. No wood but fun to explore and some nice views of the Magic Kingdom from right at the top.

After all that adventure it was time to leave for us – my only regret not getting a Dole Whip. We’ll have to go back….

16 thoughts on “Adventureland in the Magic Kingdom”