Our first family Disney experience was in Paris when Son was four, we repeated it the very next year with a trip to Orlando but have not been back since. Some heavy lobbying from the youngest member of our family meant that when it came to his October two week half term the holiday decision was pretty much cut and dried – Orlando and Disney, a good dose of autumn sunshine and getting reacquainted with that Mouse was the general idea. Previous Orlando trips have seen us dash around like crazies, on the go from early in the morning until very late at night, desperate to cram in as much of everything as we possibly can and ending up exhausted in the process. This time would be different, this time we vowed to choose just a couple of parks – the Magic Kingdom, Epcot and Blizzard Beach were the final picks, explore them fully and take it slowly which would (hopefully) end up in a more fun experience for all concerned. It was.

So a bit jet lagged and still acclimatizing to the fabulous Florida sunshine we took the ferry to the Magic Kingdom. 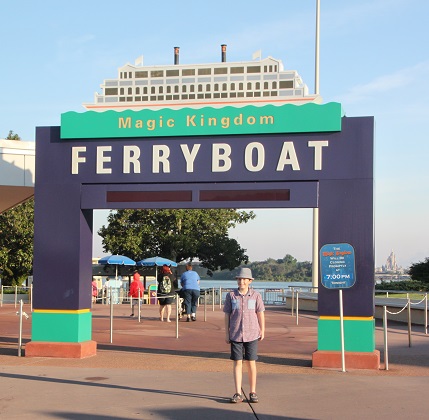 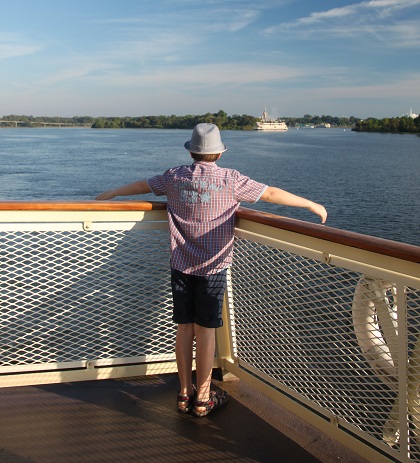 On our previous visit here when Son was five we zipped through Main Street, keen to get started on other things. We never really paid too much attention to what is around here – not this time, we lingered and found plenty to see and do.

A bit of a strange experience, you emerge from a tunnel under the railway line and find yourself in turn of the century, sterotypical small-town America. Lots of quaint buildings, plenty of red white and blue and people dressed in white trousers and stripey shirts selling massive bunches of balloons. All very nostalgic and heightened by the people dressed as typical townspeople from that era. 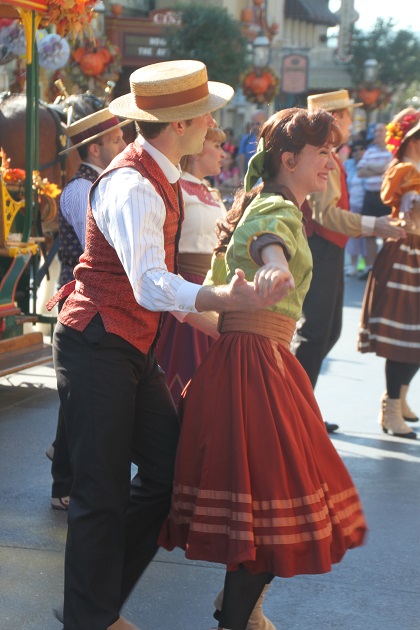 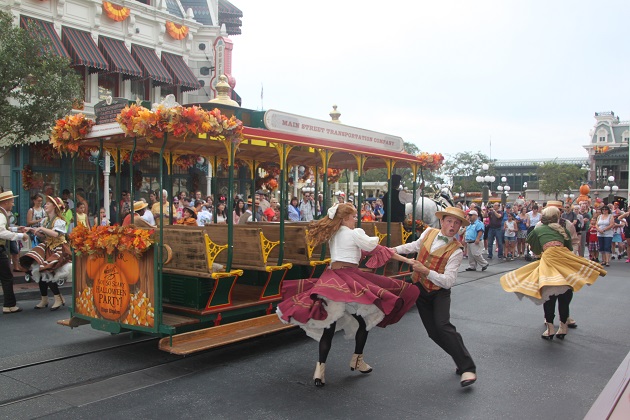 Our first stop was the Town Square Theatre to sort out tickets and photo cards and get some respite from that sun. We decided to join a smallish line to meet Mickey the Magnificent, not sure what it was but curious to find out. About twenty minutes later we were face to face with Mickey, dressed as a magician he did a few tricks with Son, we took a few photos and were on our way. Son enjoyed his first meeting with the mouse, I think had I known what it would entail we would have given it a miss.

Sorcerers of the Magic Kingdom was just over the street, this was something Son was very excited about. You receive a pack of spell cards, a key and a map and after some basic instructions are sent off in search of portals where you “cast spells” and battle with evil villains. Son loved this, took it all quite seriously and played a game most days we were in the park. We just tagged along behind but did find it a fun way to explore and some of the portals, in true Disney style were incredible.

They have old fashioned vehicles which travel up and down Main Street. We hopped on board a horse-drawn trolley at the same time as the Dapper Dans – a barber shop quartet so were serenaded as we slowly made our way along the street.

We watched the Main Street Philharmonic a few times too as they performed along Main Street – toe tapping music and enough cheesy jokes thrown in to keep Son’s attention. 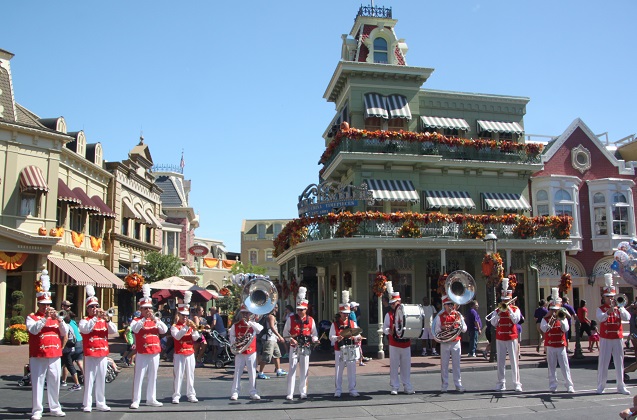 The Dream Along With Mickey Show – about 15 minutes long and in front of the Cinderella Castle involved lots of Disney characters, singing, dancing and fireworks. Son was not overly excited, nor was I. Maybe it was because we were drained by the sun, pick a cloudy day if you want to watch, there is not an inch of shade to be had and the sun is relentless. 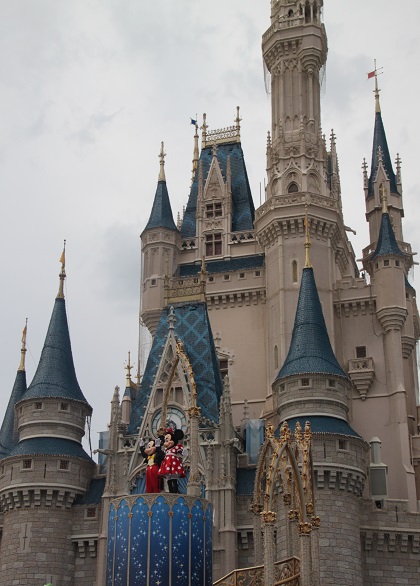 We browsed the shop windows and found Son, not normally one for retail therapy, was very keen on this pursuit here. The Confectionary Store was our first port of call. Sweets and much deliciousness for sale here, our taste buds were definitely tingled.

They have every type of candy and confection under the sun, the most enormous cookies I have ever seen and stunningly decorated toffee apples that looked far too good to eat. Best of all you can watch the candy makers in action. There is a glass wall where you can watch as they prepare all that mouth-watering stuff – I found this every bit as intriguing as the shows. 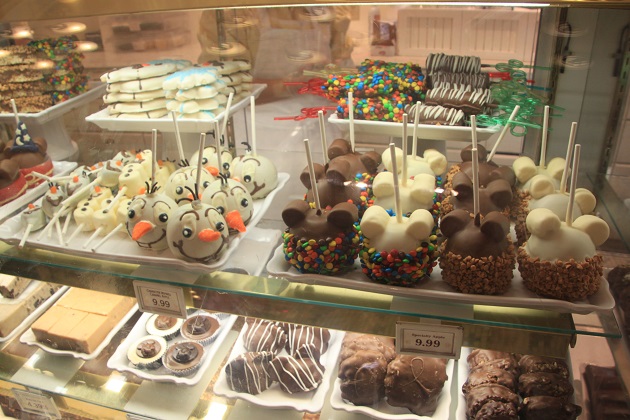 My highlight of Main Street was the flag lowering ceremony at the end of the day. This takes place every evening before sunset. The band plays some patriotic music, the National Anthem is sung and the flag is reverently lowered in a simple and moving ceremony. They fold it precisely and take it away in a little parade, often involving a veteran. Interesting fact – there are lots of flag poles in this area with flags flying, apparently only the main one involved in this ceremony is real. All the others have a star, stripe or something missing and are actually lightening conductors. 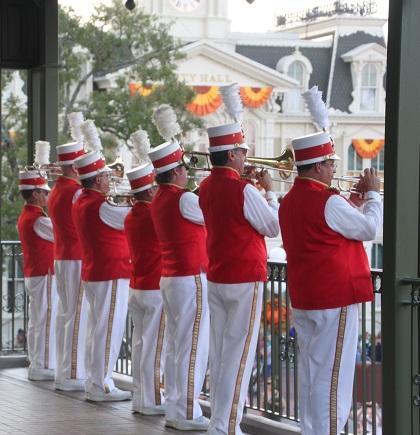 A moving little ceremony and a special way to end the day at the Magic Kingdom.

58 thoughts on “Magic Kingdom – Mooching About on Main Street”