Keen to shake off the post Christmas lethargy but hampered by all the rain we’ve been having, we decided to head for Leeds and spent a day indoors at the Royal Armouries, Britain’s National Museum of arms and armour. Apparently this is one of the most important museums of its type in the world. Having heard great things about it in the past – especially the outdoor jousting events – we always intended to visit, just never got around to it. Now cutbacks and all that mean no more outdoor displays and spectaculars, however the museum itself is still free and (we reckoned) worth a look.

The museum in Leeds is big – spread over 5 floors with over 8,500 items on display. Easy to find, we followed the multitude of signs and enjoyed a pleasant walk along the canal to Clarence Dock. 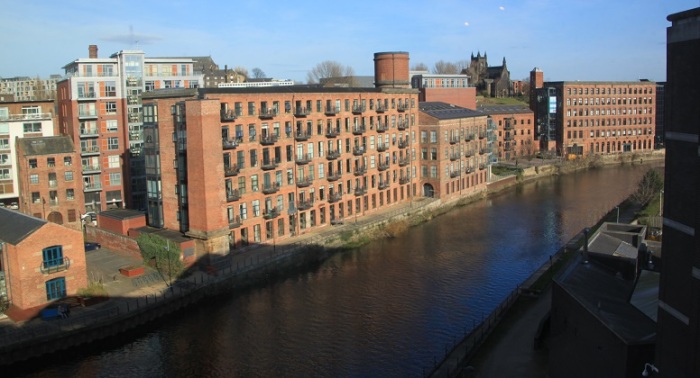 The outside was not at all what I expected – all modern, steel and glass and more office block than museum but we ventured inside. So bright and incredibly spacious, the sense of space is intentional to ensure the ceiling heights could accommodate even the largest weapons in the collection when displayed vertically.

A small issue at arrival, there were lockers but these were sealed and a notice advised that due to security precautions they were not available. We had to carry coats and baggage around with us – not ideal as it was freezing cold outside but warm inside, still a reflection of these times and better safe than sorry. 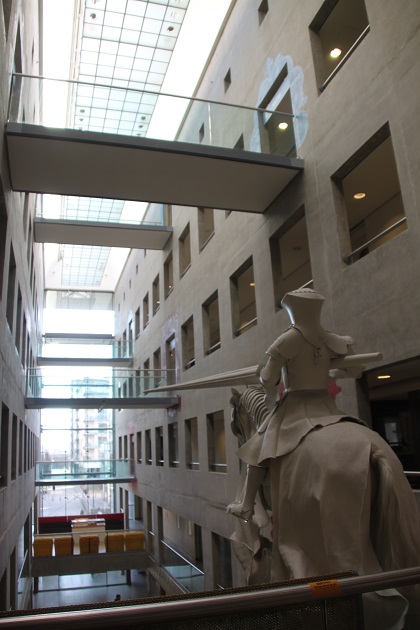 First stop was the Hall of Steel – inside the spiral staircase and all glass so you get great views over the docks. It is also open to roof level with 3,000 items of 17th century armour and 19th century military equipment displayed on the walls. Spectacular and very artistic, we were seriously impressed. Mirrors are provided too so you don’t have to suffer too much neck ache when looking up. 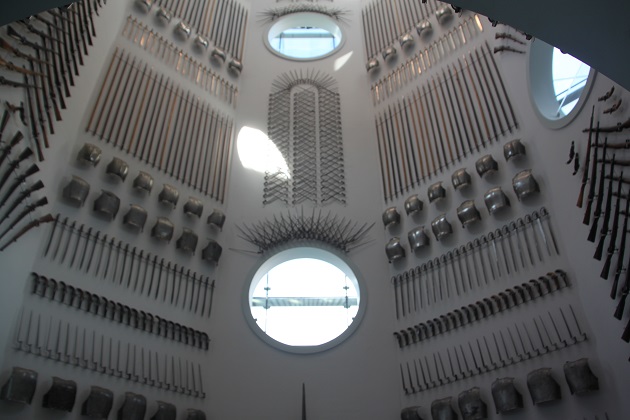 We decided to work our way through each gallery in turn. First was the War Gallery, the heart of the historical collection with lots of films, hands-on stuff and suits of armour just about everywhere. A few dioramas too, I liked that – very Night At The Museum. 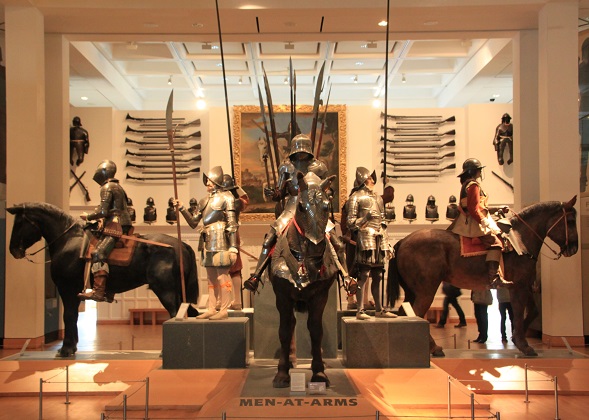 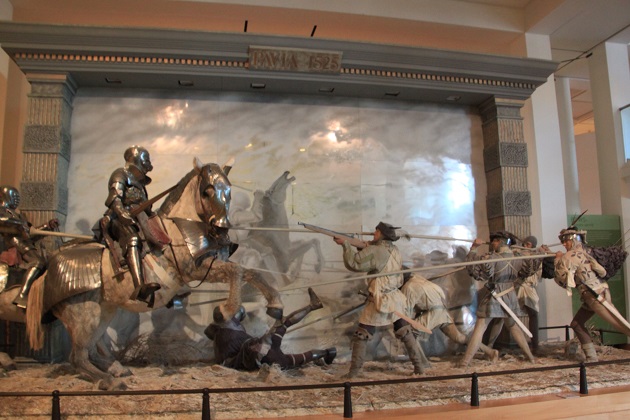 The Tournament Gallery had a replica tent intending to recreate the atmosphere of a jousting tournament. Everything here was related to armour made for sports and entertainment, they had Henry VIII’s horse armour and suits of armour for children – including one for a three year old. Son got stuck into the puzzles. 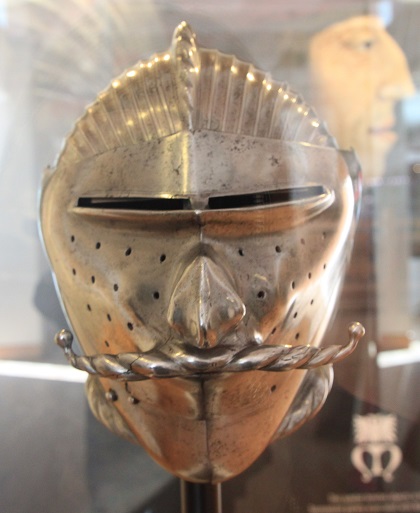 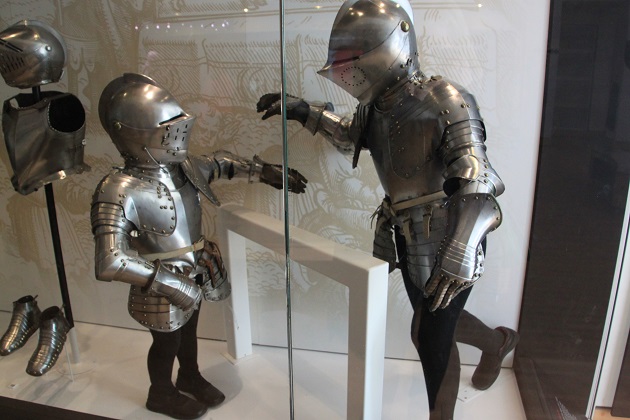 They have a crossbow shooting range at the very top floor. Son was desperate to have a go, I must say it made me feel more than a bit weird and queasy to watch him and Husband shoot bolts at a target and I was glad when they were done. They loved it though – £3 for 8 bolts seemed like a reasonable deal.

A quick explore in the Hunting Gallery and then we spent a long time in the Oriental Gallery. Lots of Asian weaponry and my most favourite thing of all – a replica Chinese terracotta warrior – Son and I were amazed at the size. 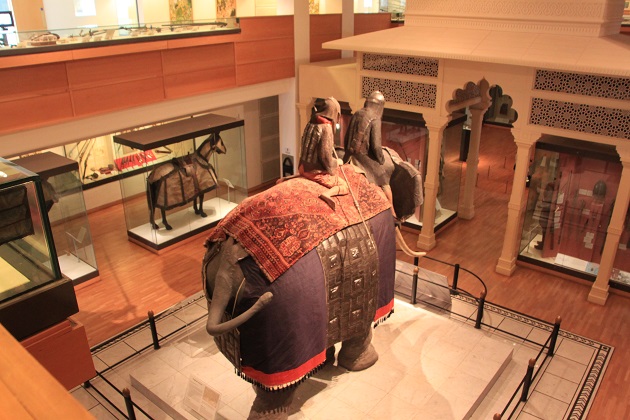 We found daggers, swords and all sorts of other stuff used by civilians before the introduction of the police force. We saw weapons from famous films and had a look around forensic and crime scenes – sobering but interesting. 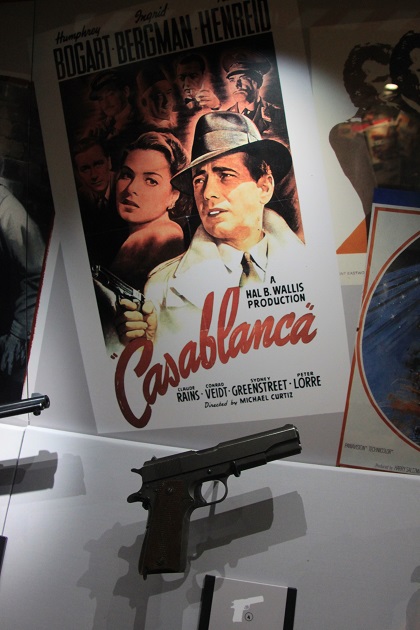 Weapons and armour are not really my thing. War is definitely not my thing but we had a very absorbing afternoon in this museum which displayed armour and weapons through the ages but in no way glorified violence or war. Fascinating, so well laid out and a real talent here in the way they seek new ways to display this incredible collection and present these items in context and keep them alive.

38 thoughts on “A Day At The Royal Armouries”