“In Flanders Fields the poppies grow, between the crosses row on row…..” the most famous poem about World War 1 was written by Canadian surgeon Major John McCrae in response to what he saw at Ypres. Bright red poppies grow wild here, apparently you can still see them blooming every spring around the little Belgian town like drops of blood on the landscape. These days Ypres is pretty and civilised – more about that in a later post – and just about 45 minutes easy drive from Bruges. We originally planned to spend one day in Ypres and the battlefields surrounding the town. So much to see, so much to absorb and such haunting history, we actually returned the next day as well. Thought provoking at every turn, Ypres is a place everyone should visit sometime. 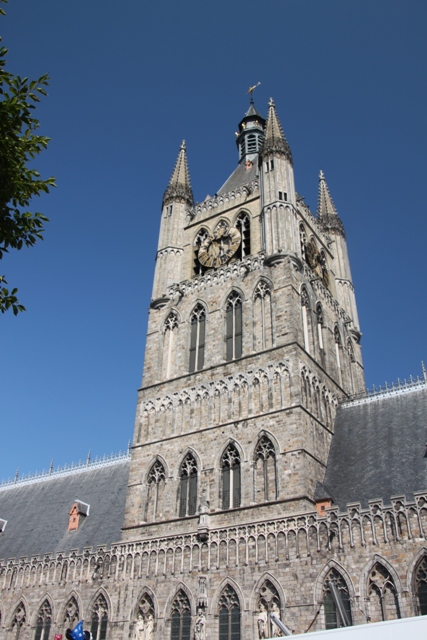 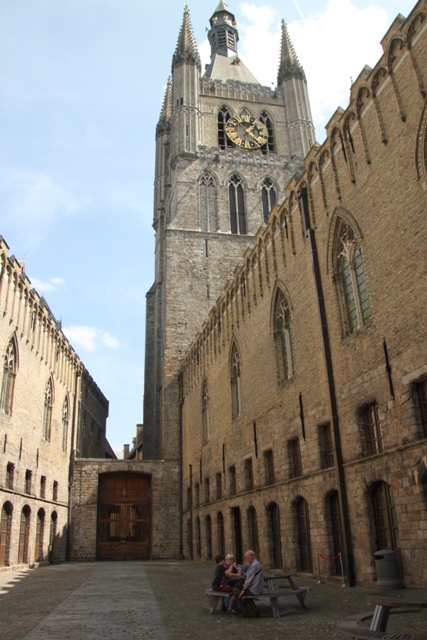 Our first stop was the main square, dominated by the Gothic tower of the Cloth Hall and very easy to find. Impressive for sure, this building in Medieval times was where they stored wool bought from England. It was ruined in the war but is now rebuilt and restored to its former Medieval glory. 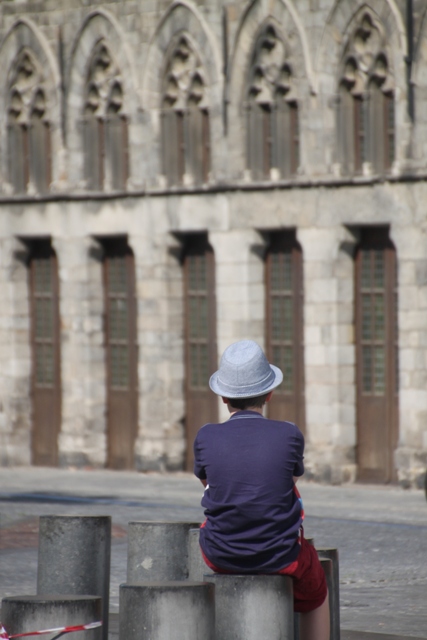 Inside is the museum “In Flanders Fields” covering the whole of World War 1 and as this was our first visit to the battlefields I thought there would be no better place to start. I was right. The museum is fascinating and gives a full overview of the horrors of that conflict and with its focus on real people and their stories, puts the war into a very human context.

We were given poppy bracelets as we went in and instructed how to customise these at the entrance. Details such as your age, gender and home-town meant later, in various places throughout the museum, you could swipe the bracelet and listen to different war stories about different people with some sort of connection to you – usually they were from the same town. Son found this engrossing, the children’s stories he heard were moving, emotional and became ingrained in his memory. This was a history lesson like no other. 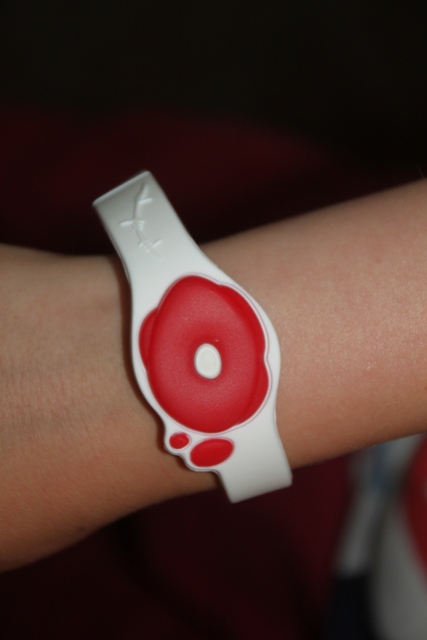 The museum walks you through the World War 1 war years one by one. There is so much to look at, so much to read, so much to absorb. I was especially taken with a film told from the point of view of a doctor and two nurses on the front. Haunting stuff. 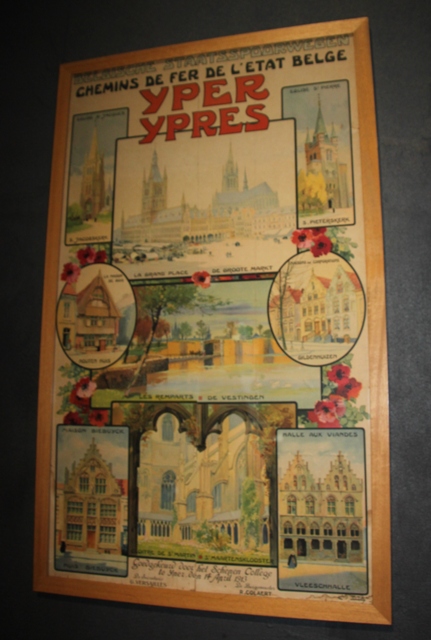 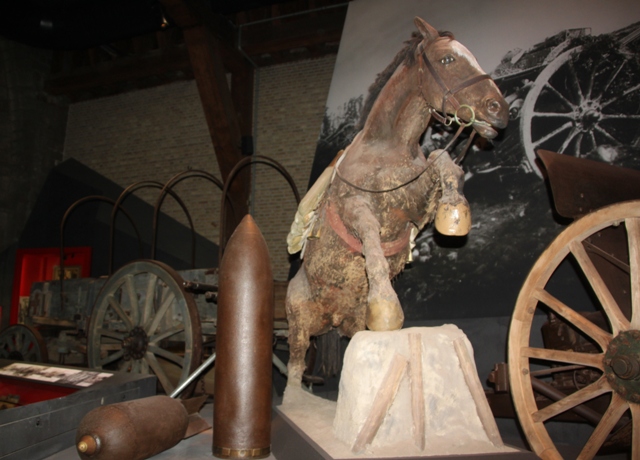 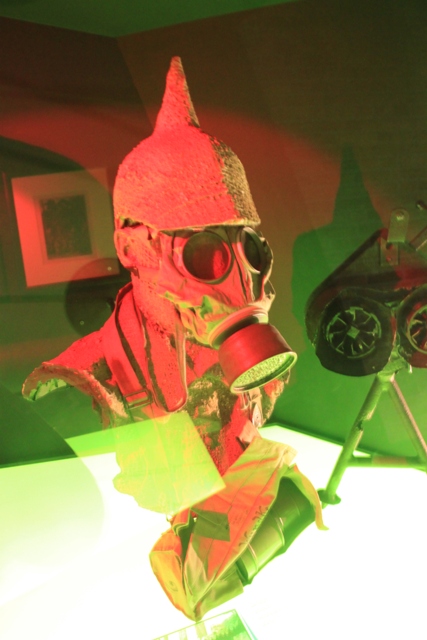 Right in the middle of the museum is the Bell Tower. For a small extra charge you can climb to the top – we did this and enjoyed it. Quite a few steps to ascend, we were glad of the occasional breaks to look at the bells and find more information on them. We actually heard the carillon strike the hour while we were up top – loud but great. 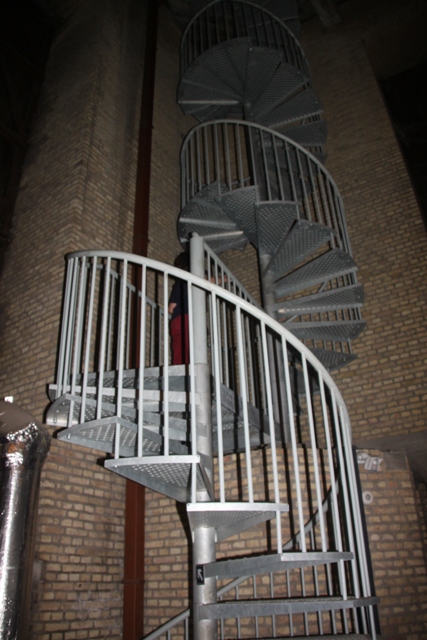 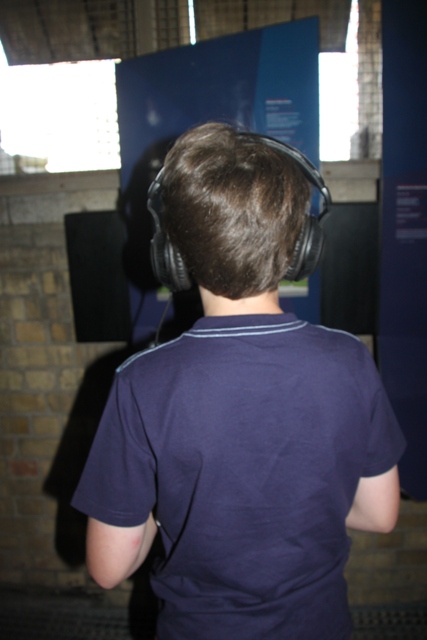 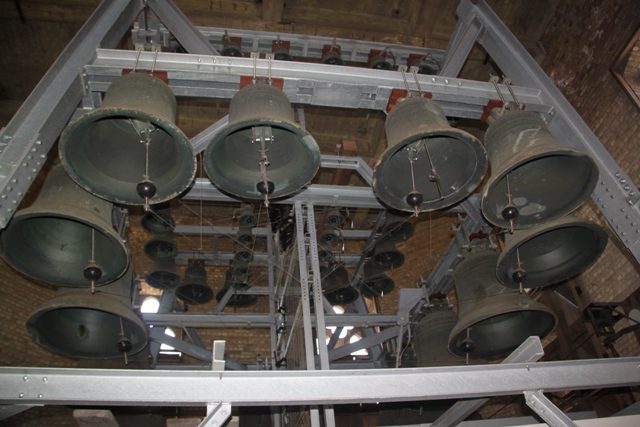 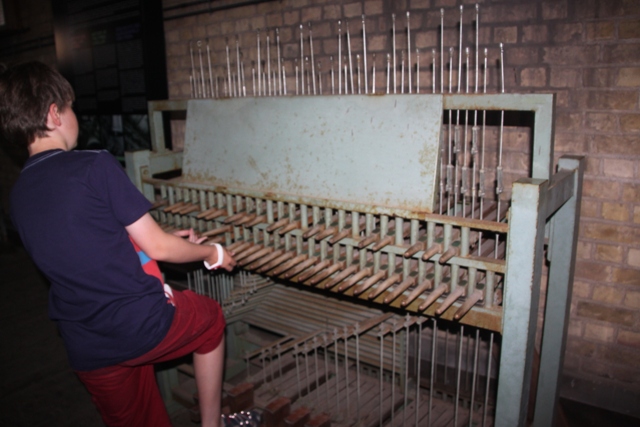 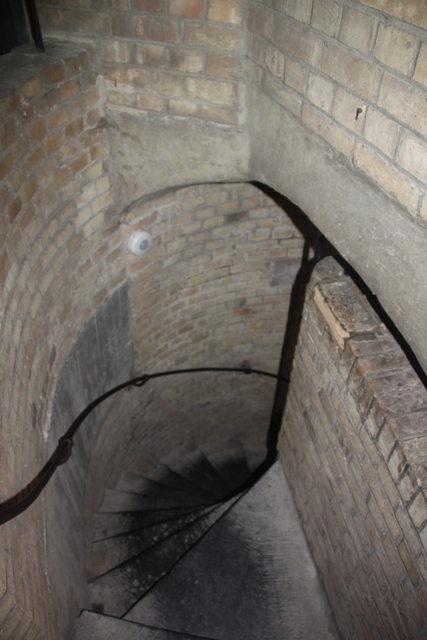 Wonderful views from the top over the little town and beyond. Son also became fascinated by the tale of the Cat Parade in Ypres. In Medieval times they tossed a cat into the square from the towerr to ward off evil. They still do it today – with a toy cat! 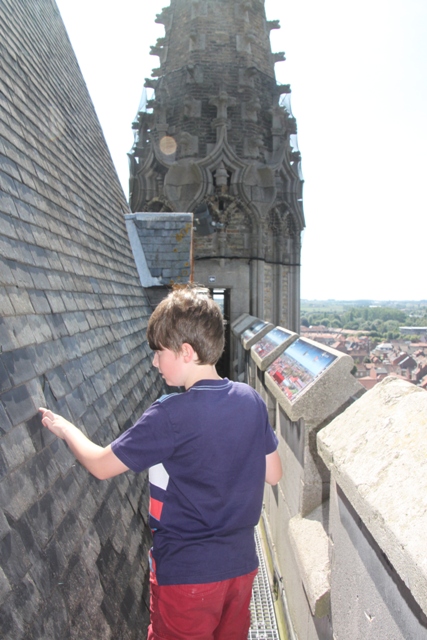 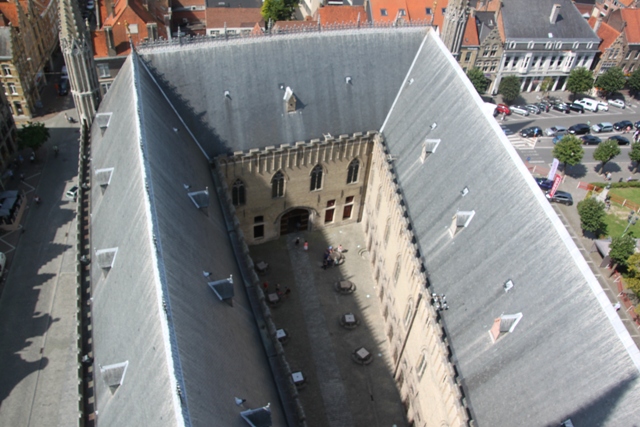 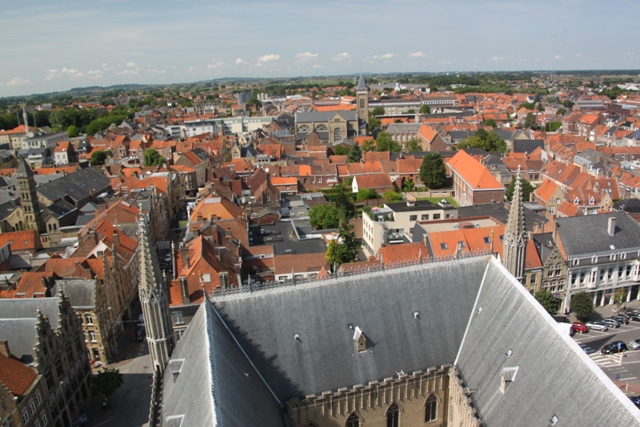 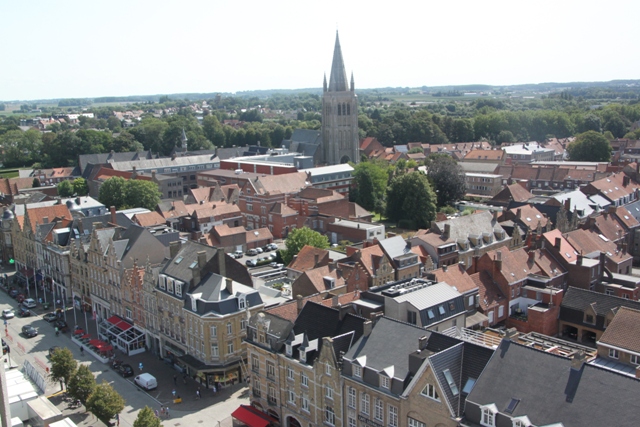 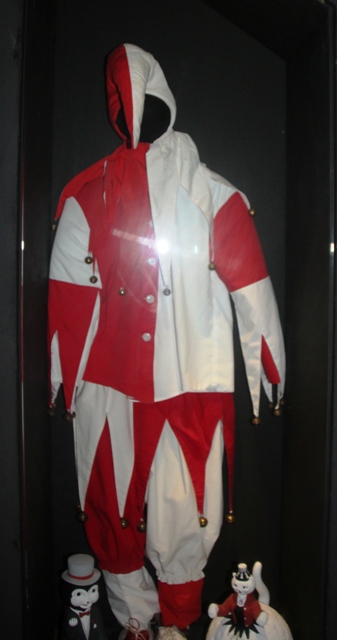 Back down again we continued with the rest of the World War 1 story. Sombre and sobering but a museum I am very glad we visited. 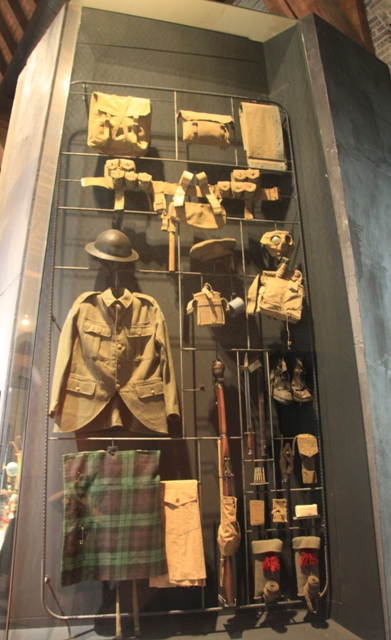 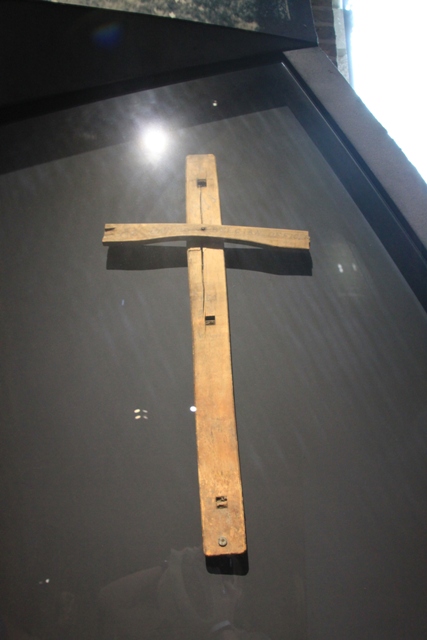 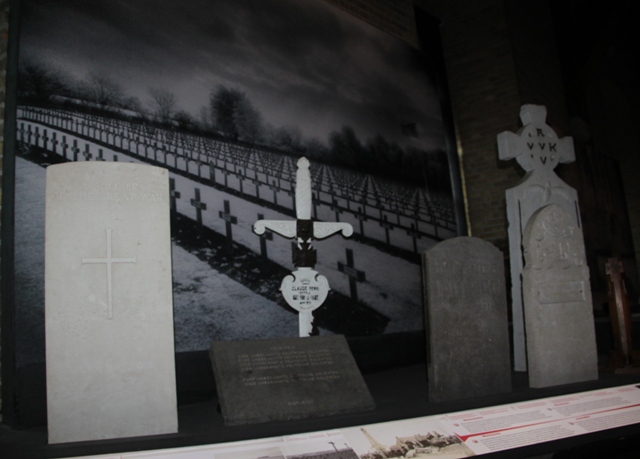 47 thoughts on “In Flanders Fields….”