“Tourist trap”, “over-hyped and over gawped at statue”, “not worth it – one of the top ten things to avoid”, all stuff I read about the Manneken Pis pre-trip. However we couldn’t go to Brussels and not seek him out. As it happens this little guy (along with waffles and chocolate) was one of Son’s Belgium highlights. In fact on our first evening in Brussels so keen was he to make his acquaintance with the Manneken Pis that the splendours of the Grand Place went over his head somewhat and he rushed us along to find the peeing boy. 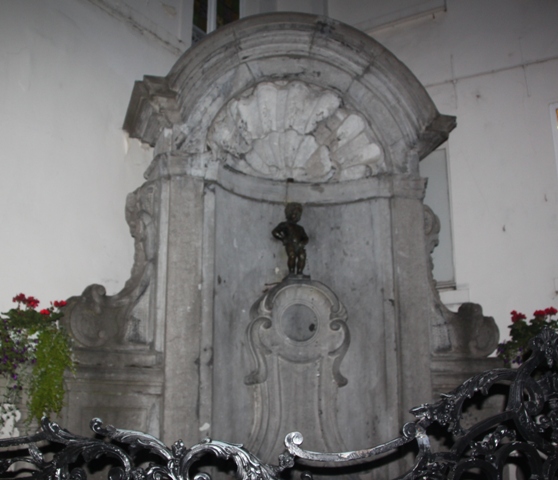 The fountain is a bit hit with children (and adults), you can’t escape his image in Brussels and plenty of other places in Belgium. We knew we were heading in the right direction, the closer we got, the more peeing boys started to appear in shop windows advertising everything from chocolate to waffles to beer. 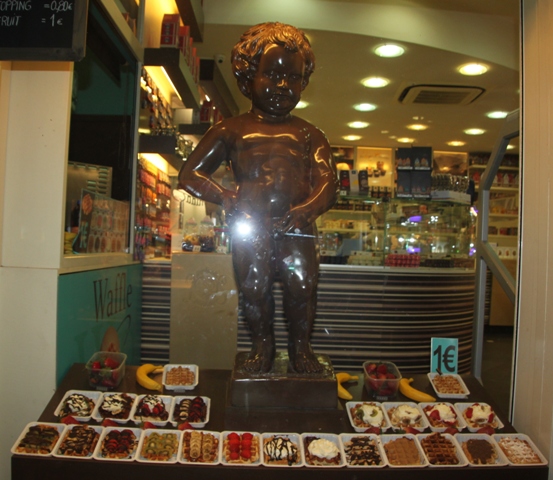 Quite easy to find, just a couple of blocks south of the Grand Place we got there on a Friday evening around 9.30 pm. Not too many people at all and we were able to get close. The cherub is pretty small and is perched on a little niche. He pees away night and day with a bit of a cheeky grin on his face. Legends abound but I like the one that says he peed to put out a burning fuse of a bomb which was going to blow up the Grand Place. 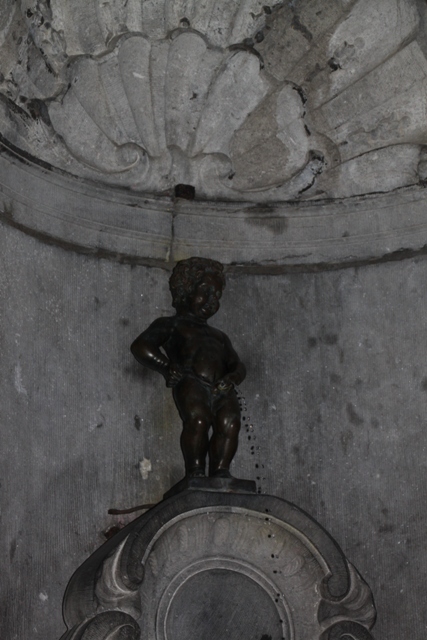 A tradition, dating back to the seventeenth century, is to present the Manneken Pis with clothes. Apparently he has all sorts of outfits – over seven hundred and some are displayed in the City Museum. Son was keen to go back and see him again next morning, we obliged. More crowded than in the evening but we had no issue getting close for pictures. A nice surprise – he was all dressed up in a natty suit – apparently they dress him up every Saturday. Son was more than thrilled to see this and more than thrilled to come away boasting he had seen the Manneken Pis with and without clothing. 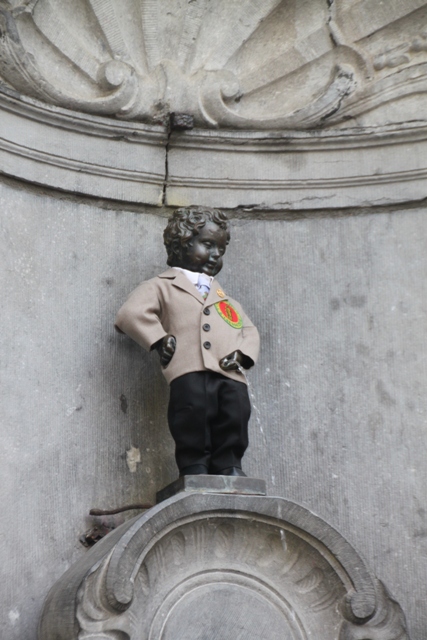 A quick trip to one of the (many) souvenir shops nearby, Son was super keen to acquire his own miniature Manneken Pis souvenir. A trip tradition for us, he always brings back something from each city/country we visit for his “treasures” shelf. How could I not have guessed a peeing boy would be his abiding symbol and memory of Brussels! 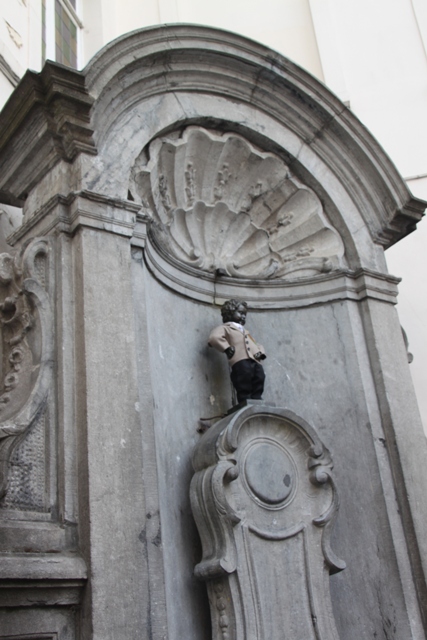 56 thoughts on “Up Close And Personal With The Manneken Pis”