A hearty breakfast at the Premier Inn and we set out for a day at Hampton Court Palace. First time for all of us so big excitement and expectations were high. Having read in advance there was only a small car park and no tube stop at the palace we opted to take the bus. A stop right outside our hotel made it easy and an impromptu song and dance routine from Son while we waited passed the the time nicely. We enjoyed the bus ride too, trundling through Kingston, Teddington and a couple of other little places was very pleasant – just as well though, it took forty five minutes. 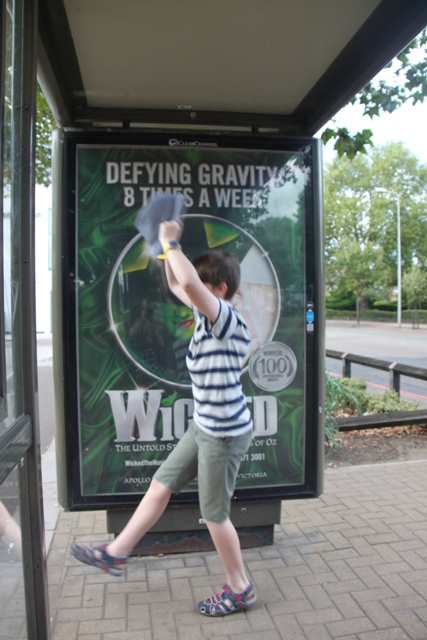 Hampton Court is a story of two palaces – the Tudor part developed by Cardinal Wolsey and Henry VIII alongside a baroque palace set out by William III and Mary II. Tickets were super expensive but you do get a lot for your money. We went for the whole hog which included access to the palace, maze and gardens plus an audio guide. You could dress up in “royal robes” as you toured, we saw lots of people decked out in this finery, Son was having absolutely none of it for us. 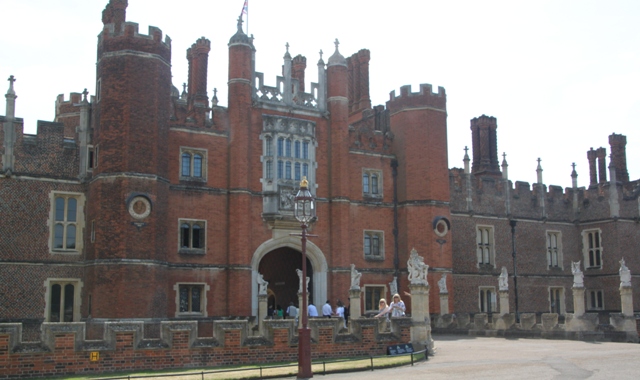 We bumped into Henry VIII before we even got inside. This turned out to be a regular feature of the day, costumed characters from Henry’s court wandering around, having conversations, acting out different scenes and generally bringing history to life in such a creative and interactive way. I loved it. 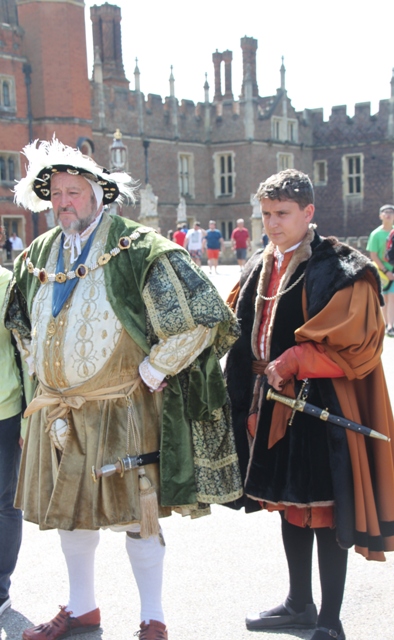 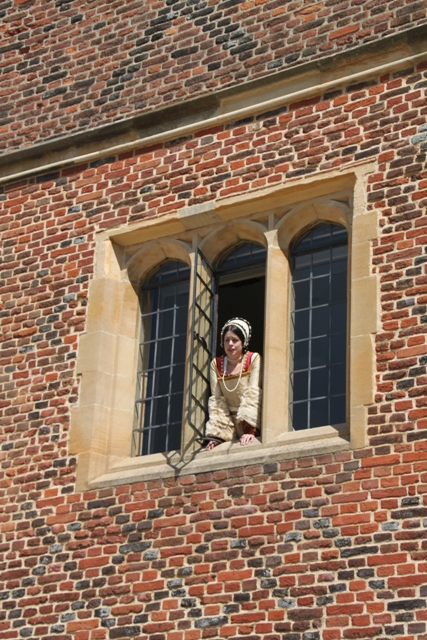 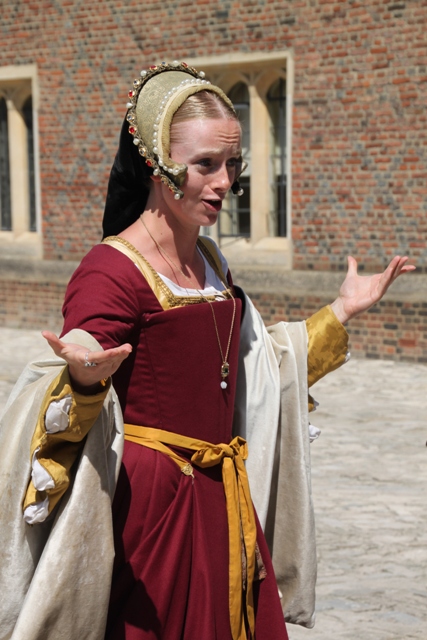 Hampton Court is Henry’s grandest surviving palace, right on the River Thames the location is glorious and combined with so much incredible history this was a wonderful family day out. Originally a 14th century manor house it was rebuilt as a palace by Cardinal Wolsey then confiscated by Henry who added the Great Hall and Royal Tennis Courts. Subsequent kings and queens revamped the interior but it ceased to be a royal residence in the 18th century. Queen Victoria opened it to the public in 1838 and it has remained a tourist attraction ever since. 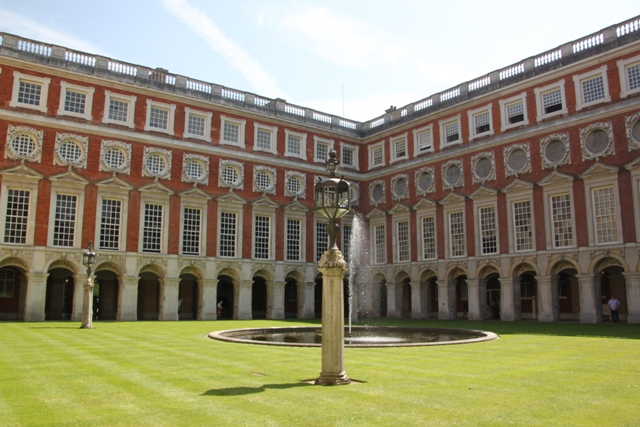 We used the audio guide for the whole of the interior – it was informative and excellent with a choice of tours suitable for children and adults. The buildings alone cover over six acres so an audio guide to assist is definitely a bonus. 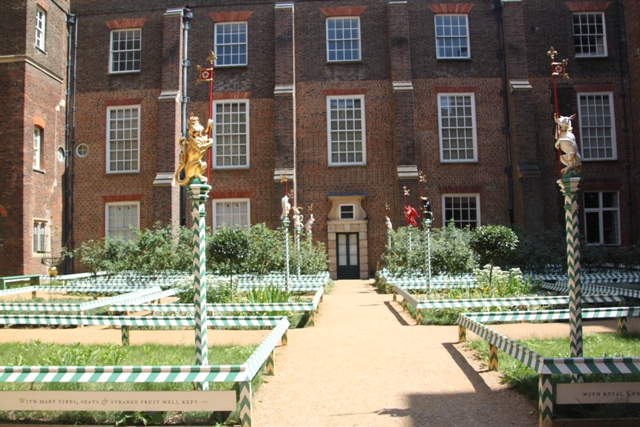 Our starting point was the Tudor kitchens – astonishing and designed to produce food for eight hundred courtiers twice a day. A list from the reign of Elizabeth I showed the vast quantities of food consumed, it was mind blowing. We wandered and found so much to see, things to touch and smells of the time too which heightened the whole experience. 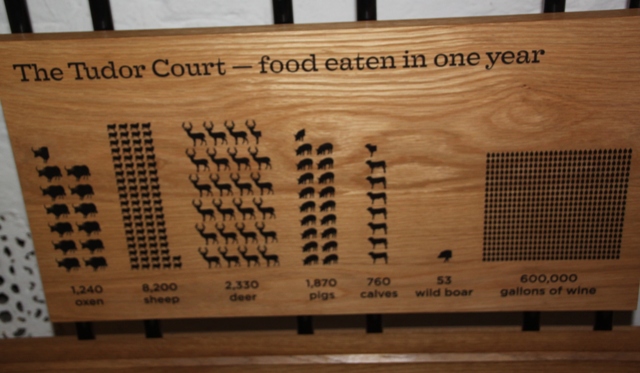 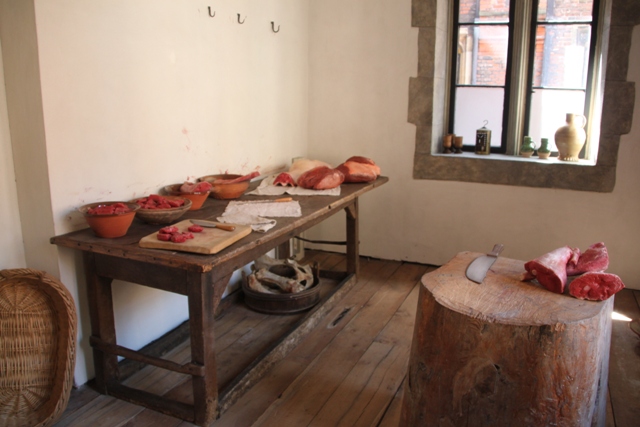 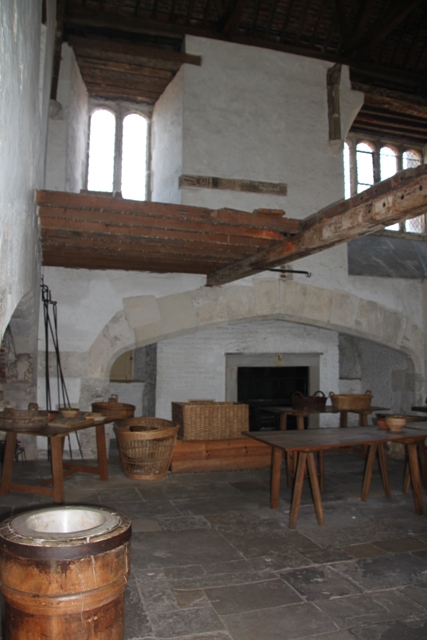 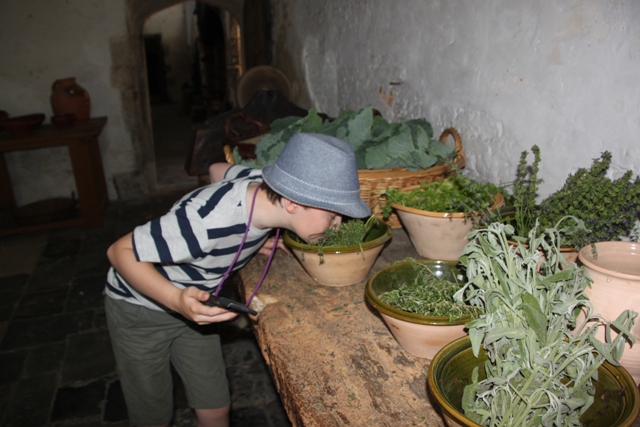 Henry’s State Apartments are stunning, my favourite was the Great Hall, built for Anne Boleyn and hung with magnificent tapestries. By the time it was finished though Anne was dead. It is incredibly impressive, all those tapestries plus a hammer beam roof and so much to take in. We stumbled upon Henry having a discussion with Katherine Howard and Darnley in the background – spine tingling it felt like eavesdropping on a scene we’d read about in our history books. 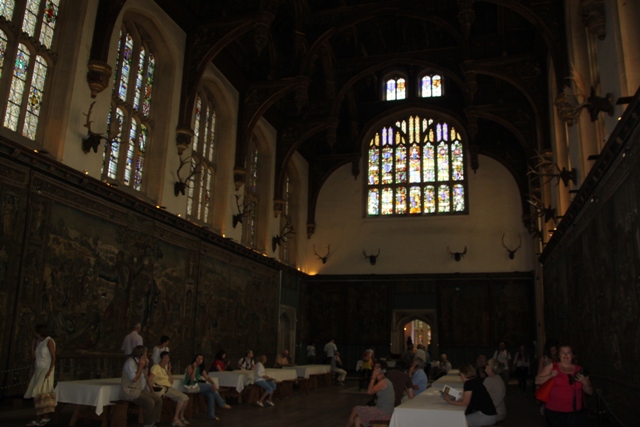 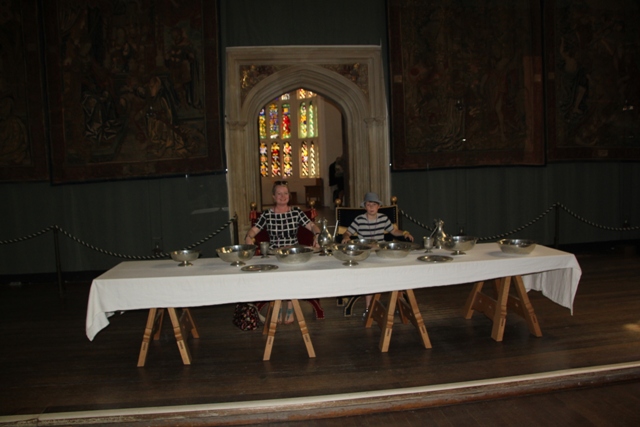 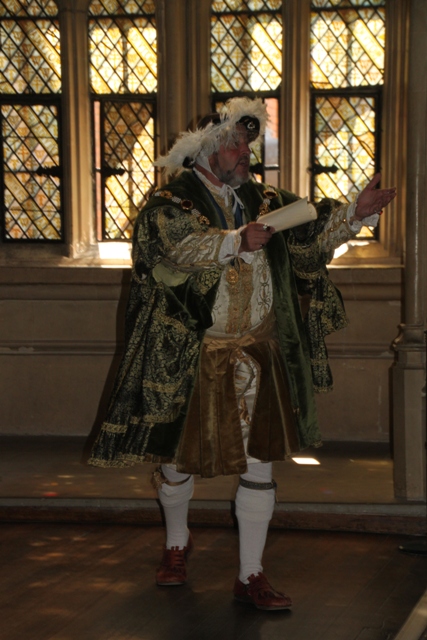 The Chapel Royal had a sacred atmosphere, we saw a replica of Henry’s crown and the view of the church from his seat. No pictures allowed but it is a beautiful and special place. 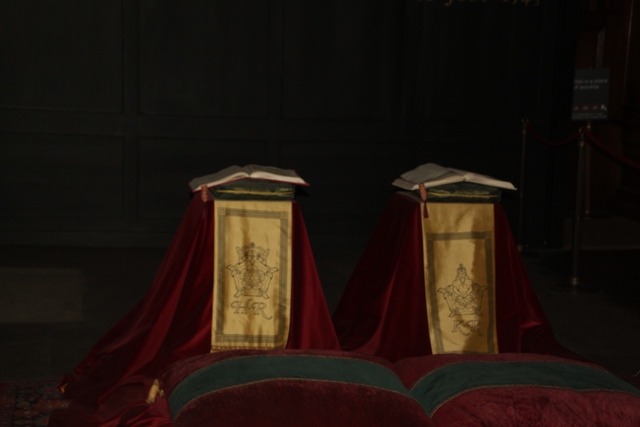 After lunch the Young Henry exhibition was on our list. Another interesting angle on Henry’s life and the use of three chairs symbolising Catherine of Aragon, Wolsey and Henry at different points throughout their lives was thought provoking and memorable. 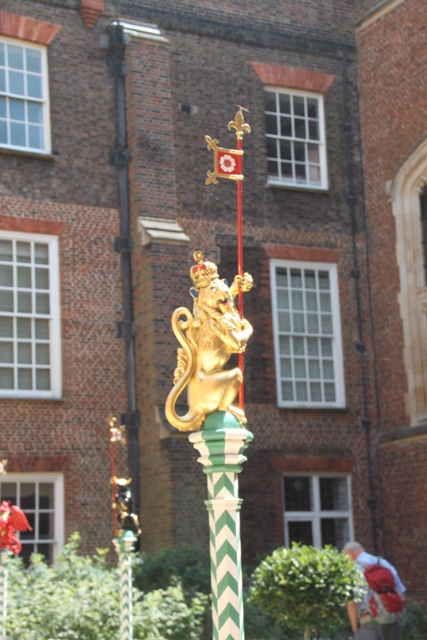 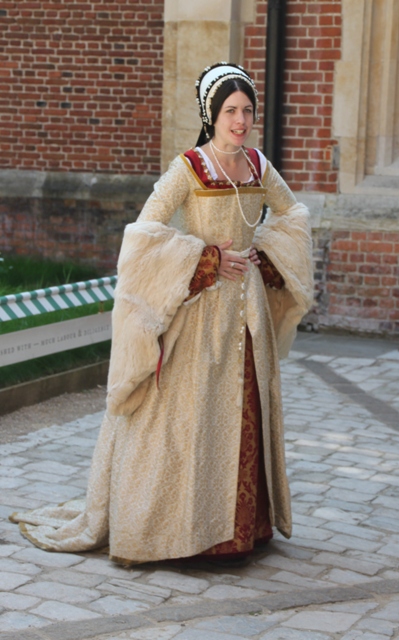 We carried on to William and Mary’s apartments, very different to the Tudor buildings but also full of interesting history. I have to admit though, after all that Tudor magnificence the Georgian part of the palace was much drier – Henry gets my vote for his interiors. 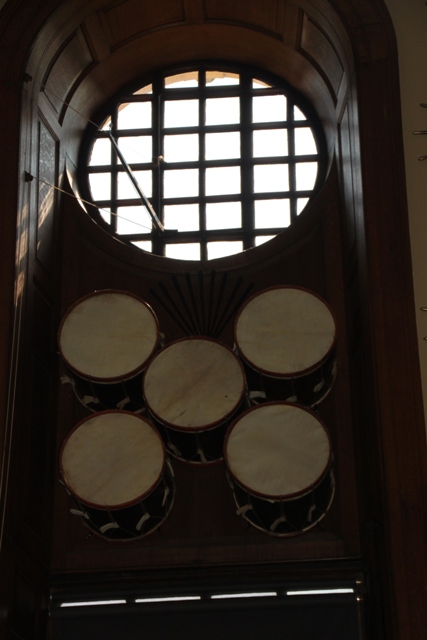 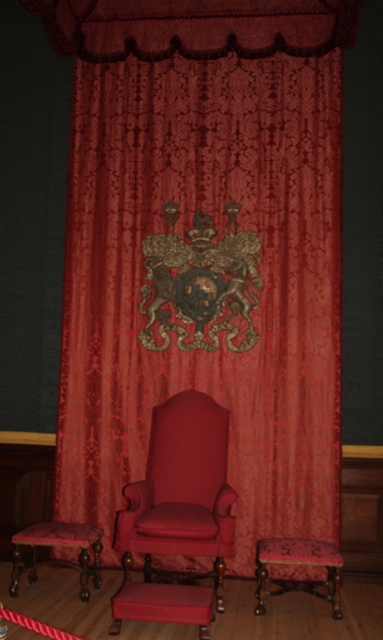 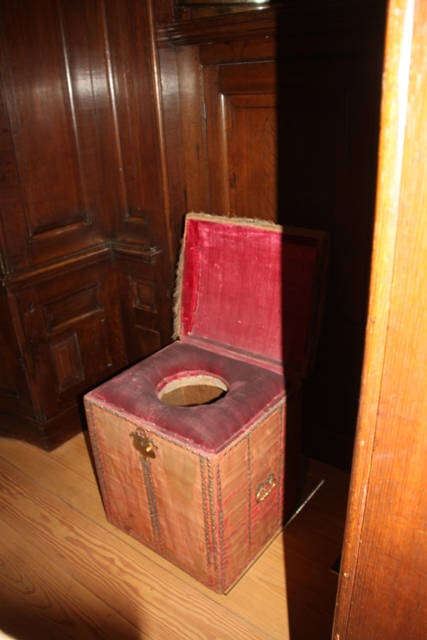 A brief coffee break and a chance to rest our weary legs before we headed outside to see what the grounds had in store. One last look at the fountain in the courtyard which, in Henry’s day was flowing with wine and not water – imagine that. We were blown away by this glorious monument to the Tudor dynasty and feared the gardens might not match up. Fears that proved to be unfounded…. 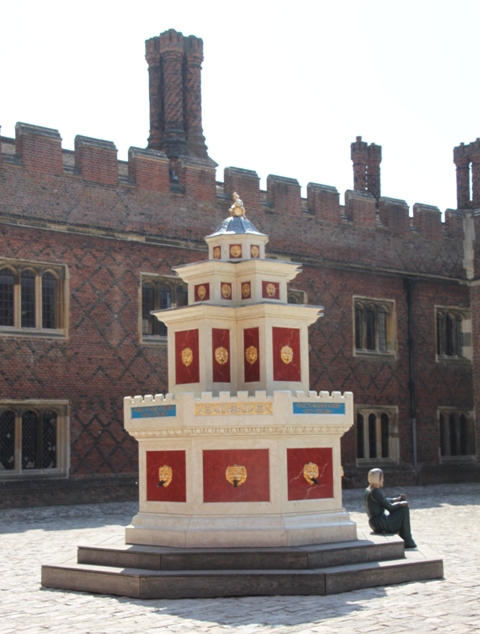