A visit here was planned on our annual Ireland expedition last year. Eager anticipation and much excitement as we arrived at the gates to find them well and truly shut. It was a Monday – the park is closed Sundays and Mondays. Lesson learned, this year I did my homework and we rocked up on a Wednesday. All was well with the world and we got to go inside – phew – crushing disappointment from Son was not something I wanted to be the cause of again. Lots of cars in the car park but with forty acres to explore it wasn’t remotely crowded. We had the best day out – this truly fantastic open-air museum telling the story of 19th century Irish emigration is a gem.  The story of how 3.5 million people (a seriously substantial percentage of the population) left for America between 1820-1880 makes an absorbing tale.

The museum was established in 1976, initially built around the original farm house of Thomas Mellon – a boy whose family emigrated to Pennsylvania. Mellon went on to become a judge and found a banking dynasty after humble beginnings here in County Tyrone. Since then houses and buildings have been added and it has grown year by year. There are authentically thatched cottages, log cabins, original shop fittings and frontages as well as an array of costumed characters going about their daily business. Three generations of our family spent five hours here and reluctantly left at closing time.

The visit begins and ends at the visitor centre. The first part of the park is the Old World – thatched cottages, cobbled streets and traditional Irish lifestyles. We started in the Single Room Cabin, moved stone by stone from the slopes of the Sperrin Mountains nearby and marvelled at how things once were. 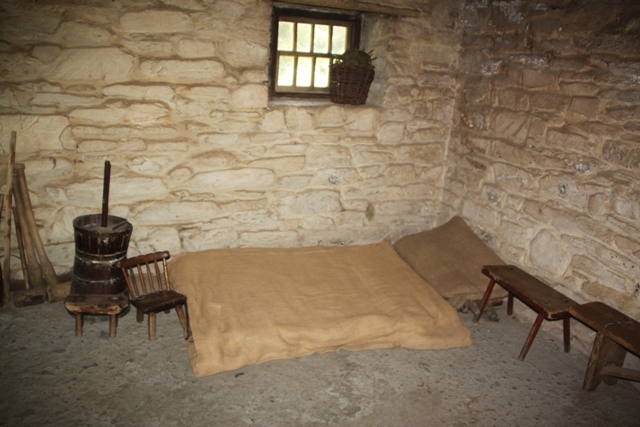 Just a short walk away was the blacksmith’s forge – the friendly blacksmith demonstrated his craft and showed Son how to use the bellows to start the fire. 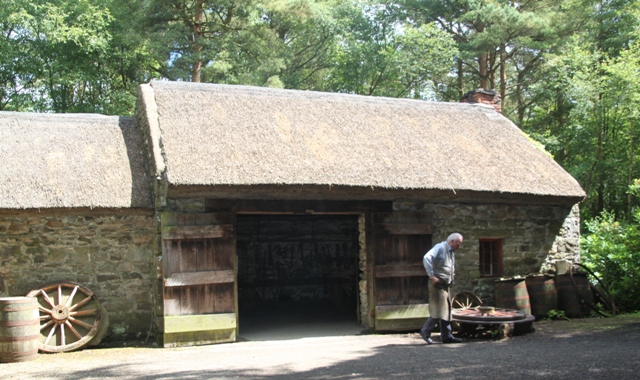 Weavers Cottage was a highlight for me with a family history in the linen trade I found it particularly interesting. A lady demonstrated flax spinning, carding and combing and we saw the loom where tweed and linen were woven.

The Mellon homestead is on its original site – lovely old whitewashed buildings, an old farmyard and plenty of chickens pecking around.

We found more interesting houses including the boyhood home of John Joseph Hughes who apparently became the first Roman Catholic Archbishop of New York. He laid the cornerstone of St Patrick’s Cathedral on 5th Avenue. Son enjoyed the school room and had a lengthy chat with the “teacher.” 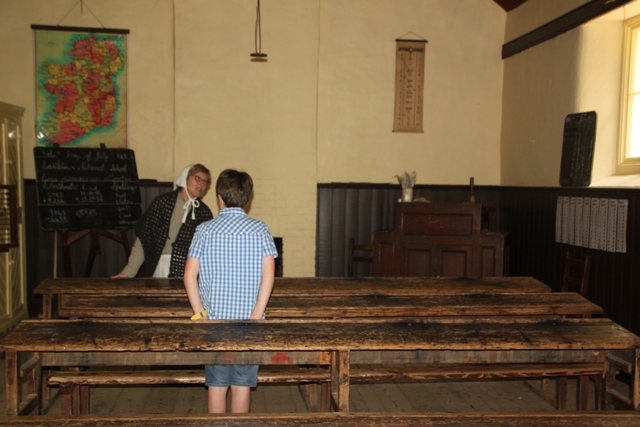 A stroll down Ulster Street next, the finest collection of original, traditional 19th century shop fronts brought in from local towns and villages. This was a recreation of a typical street the emigrants would have passed down before boarding their ship to the New World. There were shopkeepers in most of them, we found the pub and the post office and Son bought some sweets weighed out on old fashioned scales and poured into a paper bag.

The transition from the Old World to the New World was extremely well done. At the end of Ulster Street were some original dockside buildings. We entered and then boarded a full scale replica of an early 1800’s ship – the Union – and saw the cramped conditions and heard of the hardships people endured on the Atlantic crossing.

We stepped off the ship and found ourselves in the New World – a typical American street scene that would have greeted emigrants in Baltimore, New York or Boston. A peek in the General Store where we had a chat with the storekeeper and we stepped inside a replica of the first Mellon bank. Son found a fur trapper who had a selection of different pelts. We saw the more spacious houses the emigrants built when they had more time and money. 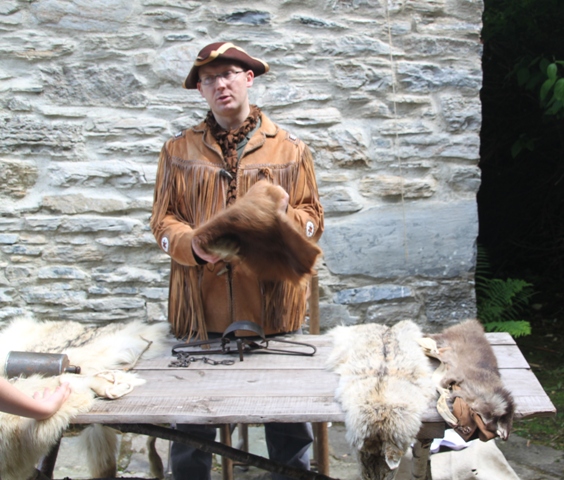 This two storey farmhouse was where the Mellon family lived four years after their arrival. A replica, apparently the original still stands in Export, Pennsylvania. 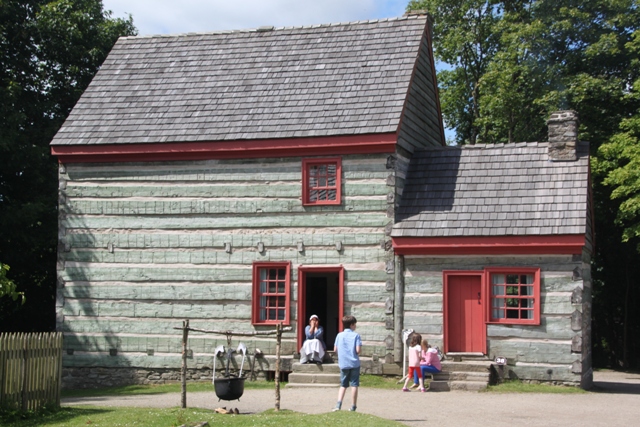 The wooden fences and scenery made us feel transported to the prairies. Son was spell bound by the newest house – a big, grand affair which had a fascinating family story and which turned out to belong to a family with fifty slaves. 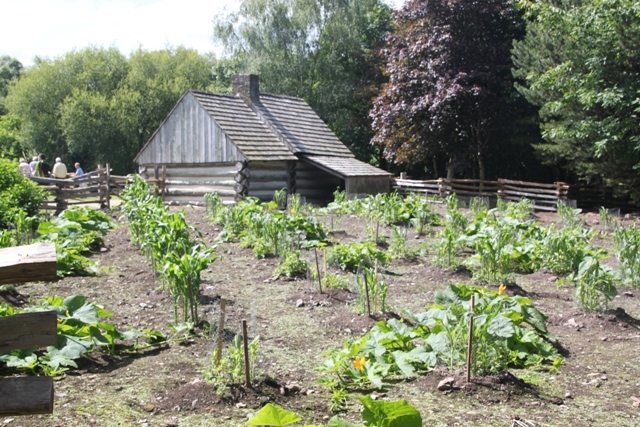 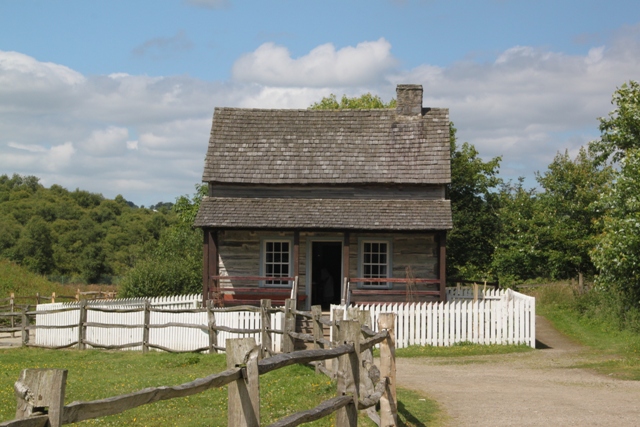 Back at the gift shop we browsed and after coffee had a look around the Exhibition Gallery. More fascinating things to see – so much to do here – we found an old wagon and a replica of an American boarding house where fifty people slept top to toe underground. We barely had time to look around the Titanic exhibition before it was closing time. An incredible day out, I can’t rave enough about this museum. In times when travelling to the USA involves merely hopping on a plane, it is easy to forget those who once set sail for an alien land and said goodbye to their homeland and all that was familiar forever. This place brings their story alive in such an emotive way, it is a special and wonderful place.