After a chilled-out morning in Fiesole we decided to run with this theme in the afternoon and had more chill out time in the Boboli Gardens. One last oasis of calm before one last evening soaking up the hustle and bustle of Florence. Just as we paid the entrance fee the sky turned black and the thunder started to rattle – probably not the best time for a garden visit but having paid we had to persevere. 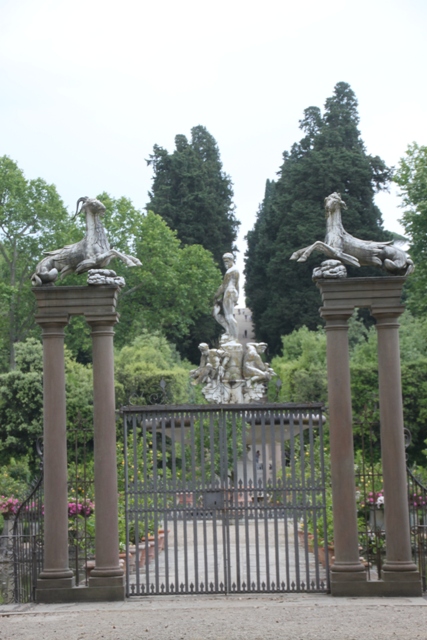 The Boboli Gardens are a Medici creation – this was supposed to be an outdoor museum dotted with Roman antiquities and sculptures. It shows Renaissance art is not all about formal pictures. A Florentine banker built the Pitti Palace but sold it to the Medici family in the sixteenth century – from then on they expanded the palace and gardens in a display of extravagance at its best.

We found grand paths, formal gardens with grottoes and fountains and the whole place was a bit like a huge maze – paths lined with trees that meet in the middle. No end of benches and green spots to sit down plus stacks of space for kids to run around and let off steam. 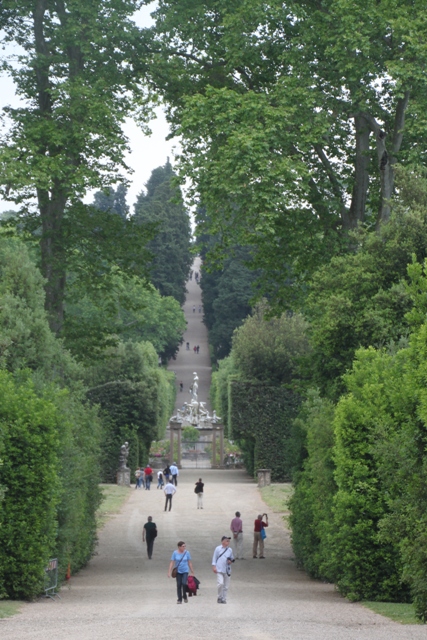 Lemon trees aplenty with sculptures here and there Son, not normally too much of a garden fan, found it a great place to explore. 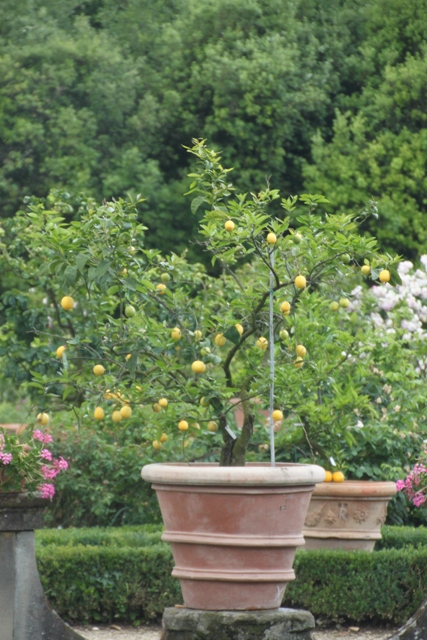 When the thunderstorm really got going we were by a stroke of luck close to a museum in the Pitti Palace – our garden tickets allowed us entrance to this one museum. Had the weather been fine we might have skipped this – the pounding rain did us a big favour. The exhibition was all about fashion through the ages – lots of costumes, dresses and I found it right up my street. Husband and Son were far less enamoured but humoured me. Right at the end was the burial costumes of Cosimo di Medici, his wife and their 13 year old son. These have been exhumed and using intricate preservation techniques restored and put on display. It was completely fascinating. 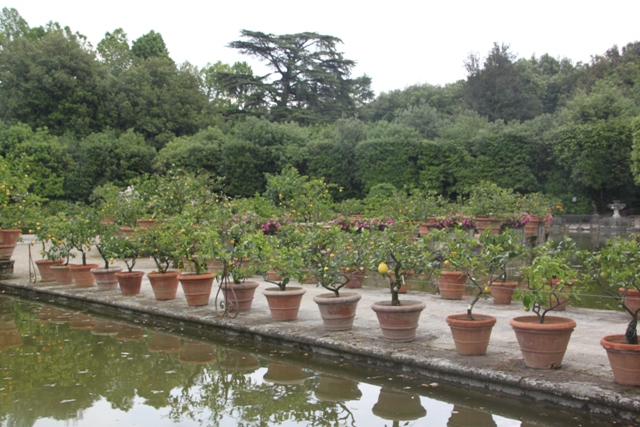 The rain was still going strong when we finished in the museum, we tried to linger a while longer indoors but after drinks in the (extremely overpriced) cafe the weather improved enough to be outdoors again. 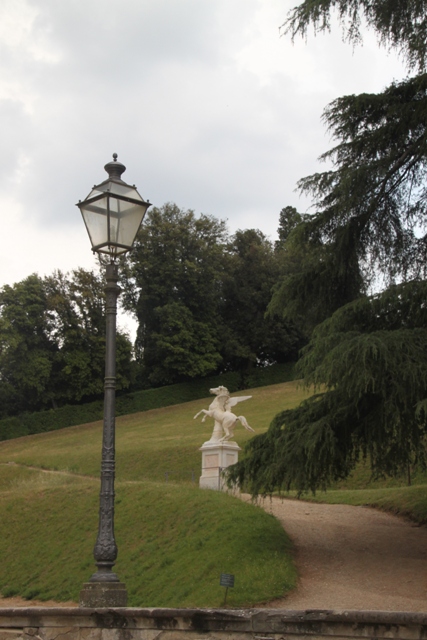 A bit more strolling, a bit more exploring and we found the Grotto Grande – a bit of a creepy cave decorated with overhanging stalactites and full of dark, gloomy passageways.

We stayed in the Boboli Gardens until closing time, just walking and following our noses and loving this expanse of fountains and paths – not to mention an epic view of the city.

36 thoughts on “Boboli Gardens – A Walk In The Park”