The River Alt meant not a great deal to me, until a few weeks ago that is when we hiked along its estuary. It is actually Liverpool’s second river but more importantly for us is the most stunning spot for a stroll. Our walk started at the river estuary in Hightown, took us past pretty little boats and by the riverside, across some mighty sand dunes and ended up at Crosby beach. Three miles there and three miles back, all (mostly) flat and easy, except if, like Son, sand dunes mean that you just have to get climbing. Lovely views, a golden sandy beach and something interesting at every turn – we loved it. 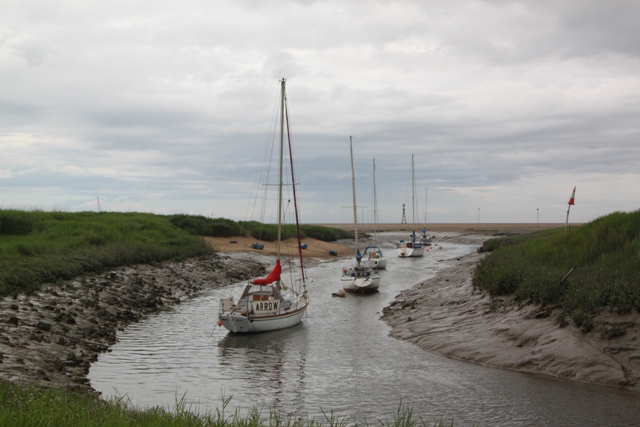 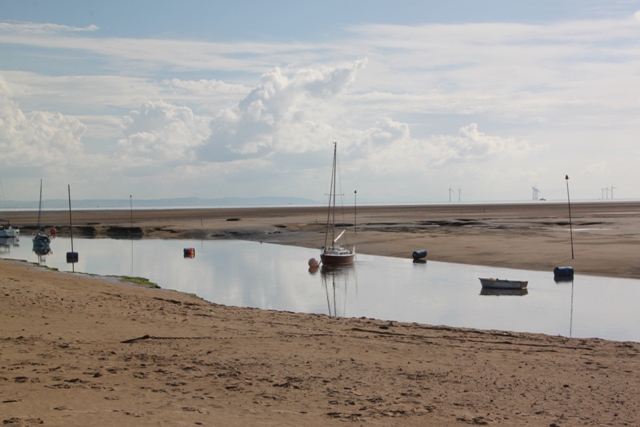 Apparently the river is a great spot for bird watching – normally not for us, Son is not very quiet, not very patient and not very good at sitting still so we tend to spot not very much. We did see a lot of wildfowl here though, Altcar Rifle Range is nearby so the birds don’t seem to mind a bit of noise and loudness. We spotted a red flag flying – apparently this means they are practising – and did hear the sound of gunfire. 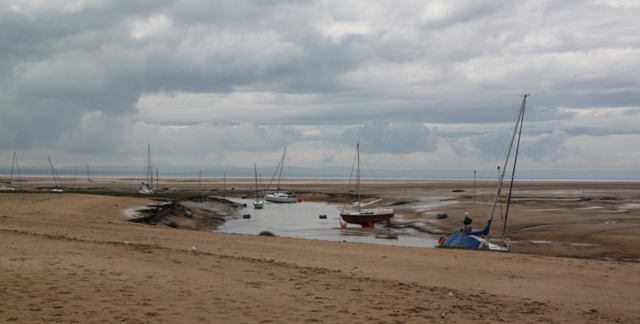 Low tide at the start of our walk, we found hundreds of rocks strewn with seaweed. These are the remains of an ancient forest swamped thousands of years ago when sea levels increased.

Further along the river, to Son’s glee it was time to head up into the sand dunes. Marker posts show the main route so you can’t go wrong, we stopped off to have a look at the natterjack toad ponds. Son was very interested but you can’t get too close, the toads are a protected species. 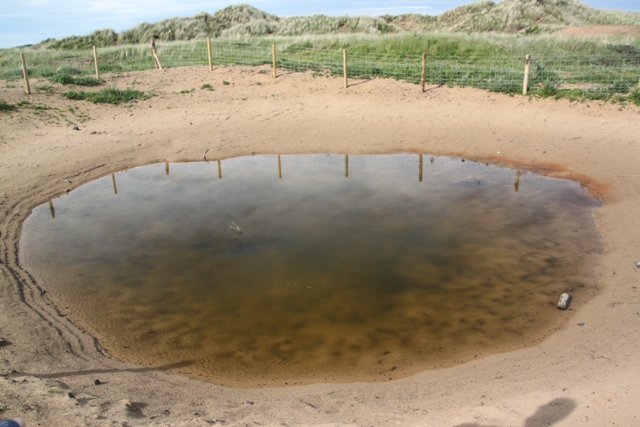 As well as the stunning dunes, we spied lots of bumps on the landscape. Apparently when Liverpool was bombed in World War II huge areas of rubble had to be cleared and some was taken here. Now it is grassed over, but you can see the undulations very clearly – perfect for boisterous children to burn off excess energy.

Down on the beach we found lots of rubble and interesting bricks – I assume this was all part of this rubble clearance. The males in our family found it endlessly fascinating and could have spent the whole day, climbing over the rubble in search of “special” bricks. They did find a lot – I had to use extreme persuasion skills to avoid them returning home with us (the bricks that is, not the males!).

Before we knew it, we were at Crosby Beach and found the famous iron men sculptures. “Another Place” is by Antony Gormley and is fascinating. There are 100 cast iron “men” along a 2 mile stretch of beach, all staring out to sea. These were made from casts of the artist’s own body and standing 6 feet tall are intriguing and a bit unnerving. The tide ebbs and flows and reveals and submerges the sculptures. The area around them is muddy and has a lot of soft sand but we did manage to get up close and personal with a couple. Covered with seaweed and barnacles they are quite something. Son was fascinated here too, we watched as the tide came in and some of the “men” gradually disappeared. 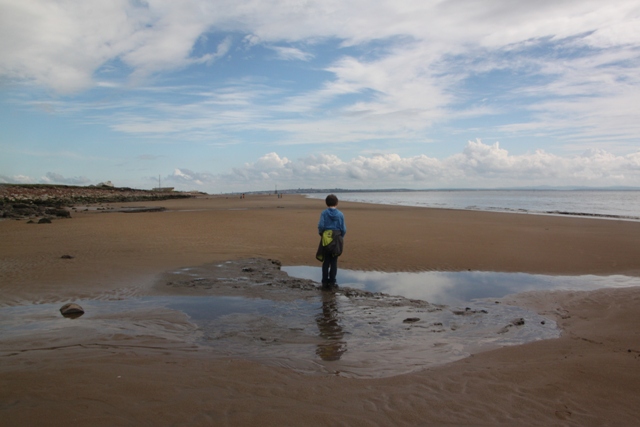 Back through that rubble again, back across the dunes, back to the river where we watched the most glorious sunset over the estuary. A gorgeous spot and a gorgeous walk. 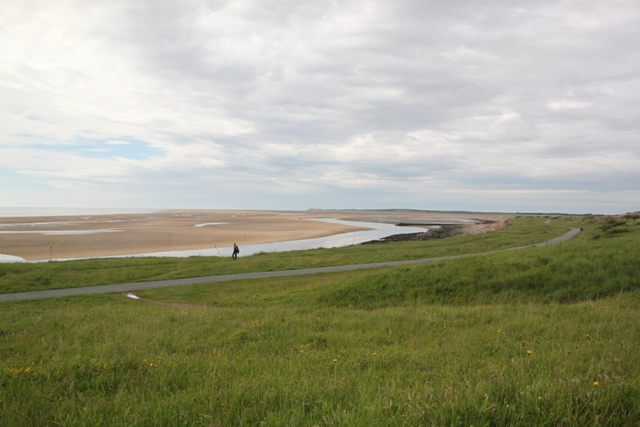 31 thoughts on “Iron Men, Dunes and the Alt Estuary”