Son developed a mild obsession with the Higgs Boson particle when it was discovered and declared a desire to work at Cern. His career aspirations tend to change by the week – doughnut factory was the latest – however when the Large Hadron Collider Exhibition moved from the Science Museum in London to the Museum of Science and Industry in Manchester we felt we needed to take a look. It jets off on a global tour after this, next stop Paris then Asia and Australia apparently.

MOSI is normally free but we had to pay a small admission charge for this exhibition. I booked on-line in advance but it would not have caused any problems showing up on the day – not so busy and entrance is every twenty minutes so you are unlikely to be disappointed.

Particle physics is so not my thing. My brain did not even cope with regular physics in the dim and distant past so Large Hadron Colliders, protons and other stuff whizzing around in ginormous tunnels under Switzerland was just too big for me to take in. I came here not sure about it all but open to giving physics another chance.

The exhibition is set up as if you were on a visit to Cern. That works for me. We started off being “called” to a presentation in the auditorium. I’m all for this sort of stuff, we sat in a room and watched a film with actors playing scientists telling how they felt on the day the existence of the Higgs Boson was presented. It really sets the scene very well – so far so good, not too heavy and pitched just right for me. Son enjoyed it too so win win all round.

We left the film to find ourselves in a mock tunnel. You wander through the rest of the exhibition at your own pace, it represents the Large Hadron Collider and there are bits of impressive kit plus lab benches, notes, calculations and whiteboards around. More projections of scientists and engineers talking about their work and plenty of chances to get hands-on. Son enjoyed all of this – skipping the bits he didn’t find so interesting but anything interactive mostly succeeds in holding his attention. Husband was in his element – his inner nerd really shone through and he feasted on all the information reading it a bit too closely and avidly. 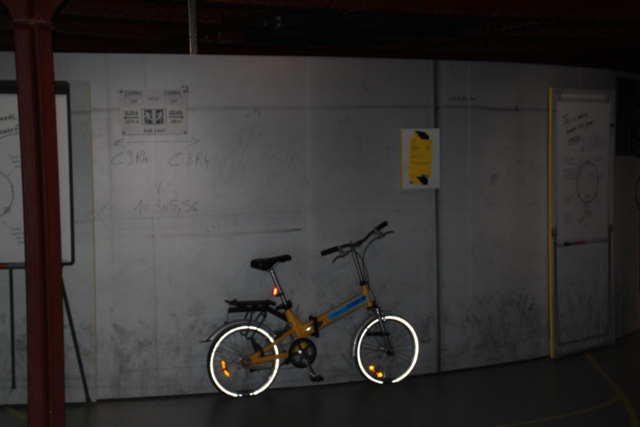 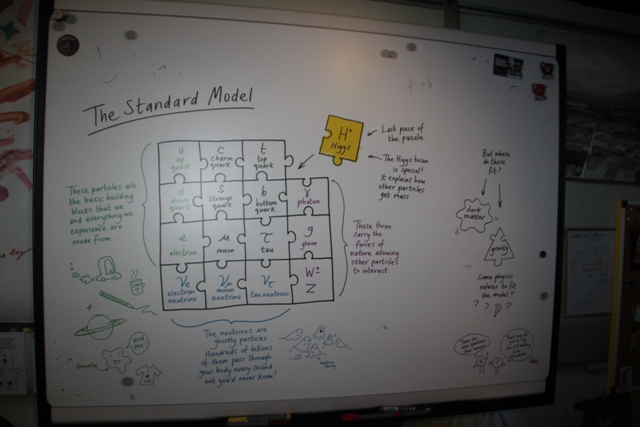 Amongst the big chunks of hardware were pinboards with Cern cinema and bowling trips and a feeling of what it would be like to work there – I liked this part. Husband and Son looked at the machinery, I spied out one of the bikes they use to scoot around the tunnels. 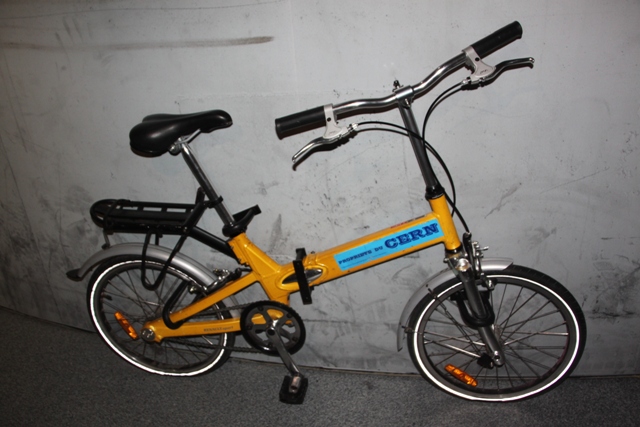 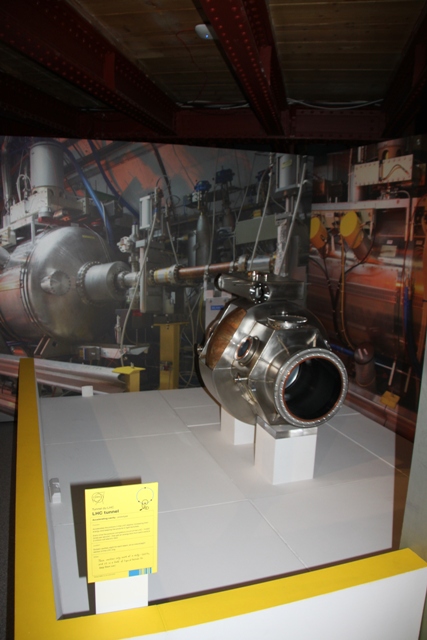 In the middle of the exhibition is a circular room with a video projection show – it is crazy, colourful and supposed to take you through the collider as if you were a proton. 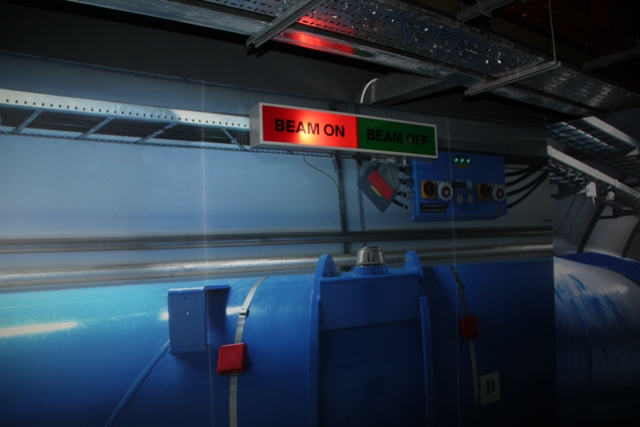 We spent about an hour here inside the mock-up of what must be the most complicated machine ever. Did I come out understanding the Higgs Boson? No – overawed for sure but still confused. Husband and Son took something different from the experience. I do though have a bit of a better idea of what the Large Hadron Collider is all about – surely that is progress.