Lyme Park is lovely – a huge estate, managed by the National Trust nestling on the edge of the Peak District – perfect Sunday strolling territory.  The draw for me though, being a fan of all things Jane Austen was “The Only Way is Pemberley” exhibition. 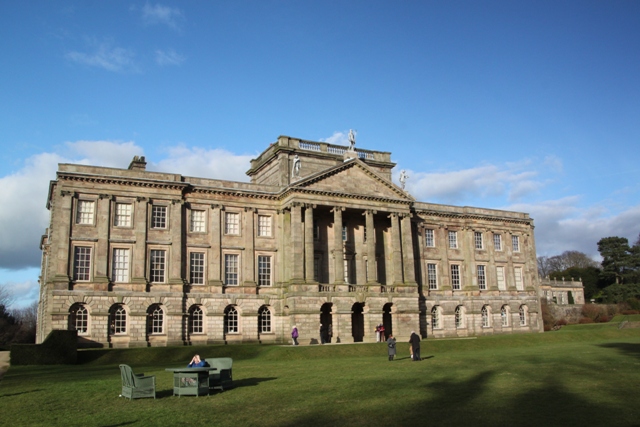 I dragged Husband and Son along for the ride, neither would profess to being Pride and Prejudice groupies, but somethings you gotta do…

The Pemberley exhibition celebrates 200 years of Pride and Prejudice and as an added extra it is nearly 20 years since Lyme Park featured as Pemberley in the BBC series. It was filmed here in 1995 and yes, the lake here is the very one from which a certain soaking wet Mr Darcy emerged in all his glory.

The house is magnificent, the largest mansion in Cheshire and once home to the Legh family. It was still closed for winter during our visit, so unfortunately we only got to explore a couple of rooms where the exhibition was located.

They had costumes from the BBC series on display, including Elizabeth’s wedding dress and the famous white linen shirt donned by Colin Firth in “that” scene.  They also had lots of information about Jane Austen and her life.  Son was surprisingly interested, lapping it up and not taking his usual whirlwind in and out swiftly approach to these things.

Next door they had a big rail with Regency costumes of all sizes for adults and children alike to try on.  Everyone was getting into the swing of it.  You were encouraged to go outside in all your finery and take pictures in the courtyard. Clad in walking boots and full winter kit, Husband and I decided to give this a miss and take photos of other people instead!  Son did get dressed up, but didn’t hang around in one place long enough for a (decent) photo.

We had a look at some of the contemporary art themed around Lyme Park’s link to Pride and Prejudice, but that really did it for Son and outside we had to go.

In the gardens we were greeted by the sight of a huge Mr Darcy emerging from the lake.

We walked around the lake, got some lovely views back to the mansion and saw snowdrops.

The Lyme Park estate is 1,300 acres and home to a herd of red and fallow deer.  On such a glorious afternoon, we decided to explore further and go hiking.  Son was definitely not impressed with the idea of a long walk, but choice was not a factor here.  We hiked up a couple of steep hills and enjoyed views of Cheshire below.

Son miraculously found an abundance of energy at the end of the walk when we took him to Crow Wood Adventure Playground.  A giant slide, badger den and rope walk and the opportunity to get muddy beyond belief was a perfect end to the day for him. 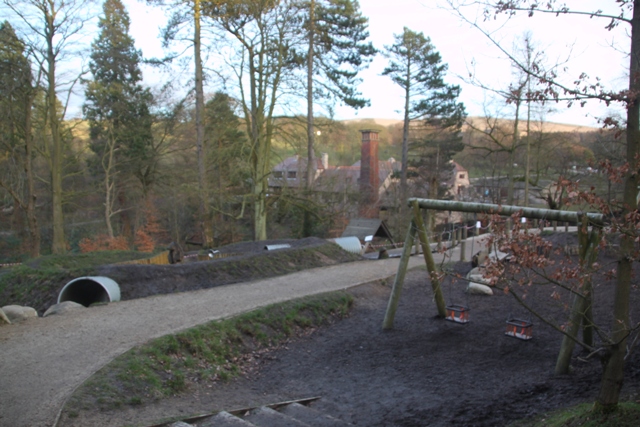 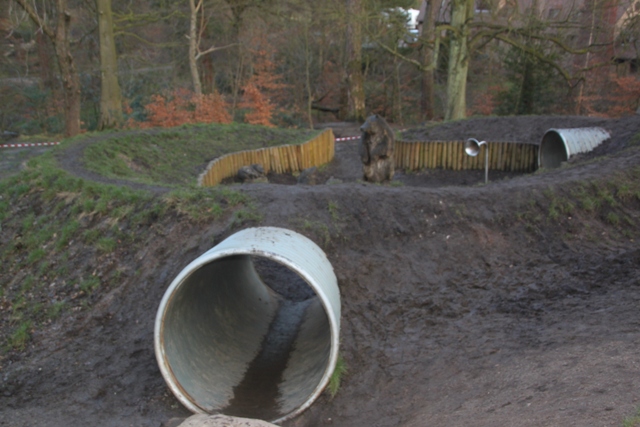